Principal vocalist for Celtic Thunder and solo standout, Emmet Cahill is returning to Phoenix this February as part of his North American tour to promote his new album Blessing of Music.

From the age of four, Cahill has been devoted to the world of music, going on to receive music scholarships, study a variety of instruments and receive formal classical training in opera in Dublin. Along with being recognized with accolades like “Tenor of the Year” by the Irish Music Association and winning multiple classical competitions throughout Ireland, among other achievements, Cahill has served as the principal vocalist for the world-renowned Irish music show Celtic Thunder since 2011.

In 2015 the star singer added “solo artist” to his list of achievements and in 2017, Cahill released his No. 1 World Music Album Emmet Cahill’s Ireland. He then went on to perform to a sold out crowd at Carnegie Hall in 2018 and conquered a 75-city tour for Celtic Thunder X, the group’s 10th anniversary show. Now, he’s heading back out on tour to promote his upcoming album Blessing of Music, out February 6. We caught up with the Irish singer to see what we can expect from his upcoming show and album, who he’d love to collaborate with and more.

Arizona Foothills Magazine: As the principal vocalist for Celtic Thunder, how does performing for the show compare to performing solo?
Emmet Cahill: It’s a very different challenge due to the fact you are more involved in the actual set up of the tour. There’s more responsibility on your shoulders, but I enjoy that. I get to stand up in front of an audience every night, tell my stories and sing beautiful Irish songs, as well as church hymns, Broadway hits and we’re including some opera in this tour also. I have also been very lucky to perform solo concerts with quite a few orchestras, which has been a thrill.

AFM: How does performing in Ireland compare to performing here in the States?
EC: It’s a difficult comparison as I have done the majority of my performing in the States, Canada and Australia, and would only do a handful of concerts in Ireland every year. The Irish songs like “Danny Boy” certainly strike a chord with the diaspora, and people who have grown up listening to these wonderful songs.

AFM: You’ve achieved quite a bit, what accomplishment are you most proud of and why?
EC: I am very proud of how far I’ve come professionally. Performing at Carnegie hall was a dream come true, and having toured in so many cities throughout North America has certainly given me great satisfaction. I am always blown away when I see how much the music means to audiences, and I get to hear that first hand from people. I am also very  proud of the lifelong friendships I have made through music.

AFM: Outside of Irish music, what is your favorite type of music to listen to and find inspiration?
EC: I listen to quite a lot of opera, and have gone back to study classical music in the past year, so likely listening to music I am learning.

AFM: If you could collaborate with any artist, who would it be and why?
EC: Hard to choose. There are a lot of singers I admire. From the opera world, maybe Renee Fleming. From the past, singing with Judy Garland would have been an honor.

AFM: What can fans look forward to on your upcoming album, out next month?
EC: This album was recorded very much with the new show in mind, so lots of songs that they will experience live on the night. A nice mix of Irish and liturgical favourites. I picked songs that meant a lot, not only to me, but to the audiences as well. I’m excited to see what the folks think.

AFM: What are you looking forward to the most about your upcoming show in Phoenix?
EC: I had a wonderful time on my first visit there so it’s just great to be coming back to see everyone again. The cathedral is a stunning acoustic to sing in so I hope we create a special atmosphere on the night. I will be taking some requests as well as asking the audience to sing along with me – so have those voices warmed up folks! 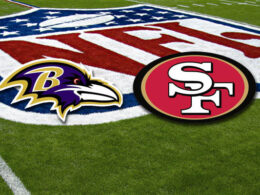 5 Fun Ideas for Places to Watch the Super Bowl

All football lovers know that the 2014 annual Super Bowl is taking place this Sunday, Feb. 2.  Whether…
byCaitie Andreen 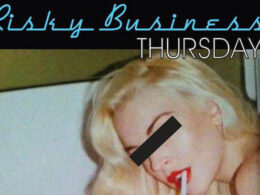 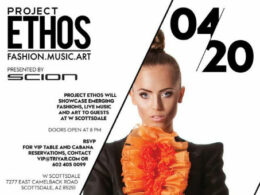 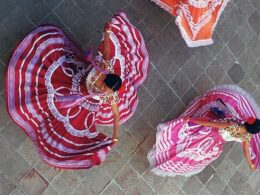