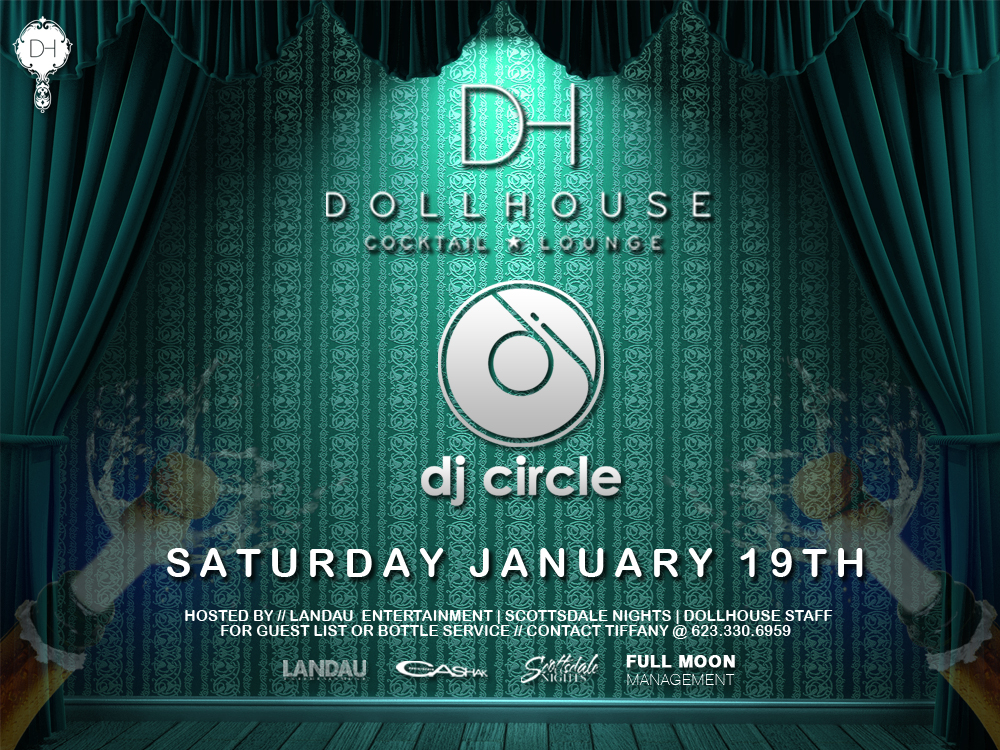 DJ Circle
DJ Circle (born May 11, 1983 in Los Angeles, California) started spinning at the early age of 14 with the vision of being one of he most successful DJs playing at all the best nightclubs and parties in Scottsdale and Phoenix, Arizona had to offer. He has spent countless hours crafting and perfecting his skills in order to perform for versatile crowds. Early in his career he was influenced with DJs such as DJ Shadow, Z-Trip, Q-Bert, DJ Rectangle, and Bad Boy Bill. The people who have influenced him have molded him to be a DJ who is skilled in turntablism, party-rocking, and remixing/production. DJ Circle has been making a name for himself in the Arizona nightlife scene since early 2000 where he made his debut at Club 411 in Tempe, Arizona.Since then he has played at just about every successful nightclub in Phoenix, Scottsdale, and Tempe. In 2002 he started working with Power 92 now known as Power 98 in Phoenix, Arizona as a intern and as a DJ. This is when his career really went into overdrive. He earned his way to become a full time resident DJ at Buzz NIghtclub in 2003. DJ Circle played for crowds at Buzz consistently numbering 1,500 people a night where he played along side DJ Fashen and all the Power 92 Mixers. Hip-Hop artist such as DMX and Too Short would frequent his nights at the Buzz. After holding a residency at the Buzz for 3 years he had a urge to expand his horizons and play all the different styles of music that he loved. DJ Circle was then offered and took a residency at Suede Lounge in Old Town Scottsdale. Since then he has held a residency there and at every club in the Evening Entertainment Group (Suede, Axis-Radius, Myst, and Sandbar) since 2006. Since his residency at the Buzz he has been able to rock all types of different crowds by playing a eclectic style ranging from House music, Hip-Hop, Top 40, rock, and 80′s. Along with all the EEG nightclubs he has been a resident at he has also played and held residencies at other clubs such as Pussy Cat Lounge, Cream, Dirty Pretty, Smashboxx, Spanish Fly Mexican Beach Club, and Zuma. DJ Circle has played in markets such as Las Vegas, Los Angeles, Salt Lake City, and Mexico. He has played with acts such as DJ AM, DJ Rectangle, DJ Vice, Funk Master Flex, The Sugar Hill Gang, LMFAO, Snoop Dogg, Kid Rock, and many others. His work ethic and passion for DJing drives him to play for as many markets and people as time will allow him. In one of the articles he was featured in for 944 Magazine he quoted “I really enjoy DJing for a crowd…It doesn’t matter if I hate the music I’m playing, I just want people to have a great time.”