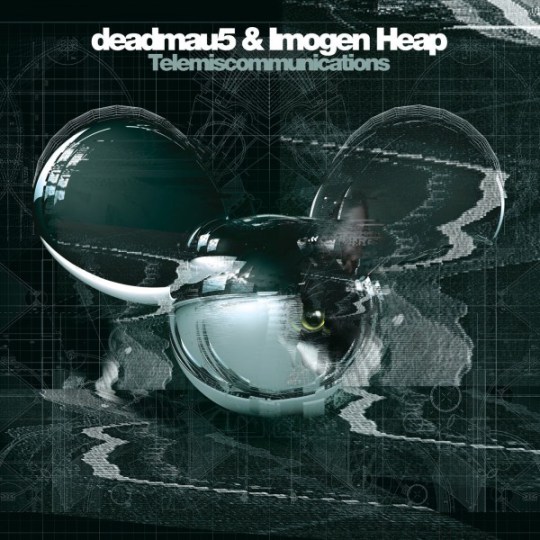 Out now via Ultra Music, deadmau5 & Imogen Heap’s single “Telemiscommunications” is a delicate melancholic song that is a very different direction for the mau5, which sees him drop the tempo dramatically. As the closing track on his latest album, > album title goes here <, one voice of a phone conversation between two lovers is heard.  Whether it’s a battle with bad signal, public announcements or kids screaming, the friction develops during their precious little time to talk.

In wanting to extend the creative vision for this release, a global competition was set up to search for budding animators.  20 individuals were selected with each animator taking ownership over their own segment, working in their own style and medium.  These were then edited together to produce a remarkable visual to accompany the song.

“Telemiscommunications” features remixes from Crookers, Copy Paste Soul, John Roman and Kölsch.  Italian artist, Crookers, speed things up, serving up a series of sparse vocal stabs with a side order of tough house beats. Kompakt artist, Kölsch, also ups the tempo, but his is a much deeper affair that juggles Imogen’s vocals deftly with his hypnotic rhythms.