A Weekend of Country: Country Thunder 2014

It’s finally here!  Arizona’s hottest country music festival, Country Thunder, is returning to Florence this year from Thursday-Sunday.  This year’s festival is bringing a large number of country’s biggest names to the Valley.  Among the many performers, artists will include headline-making artist like Jason Aldean, Miranda Lambert and The Band Perry.

Not only is the weekend filled with some of country’s greatest music, but an all around experience never to be forgotten.  With attendees camping out all around the area, it can be assured Country Thunder will be the place to be this weekend.

This year provides a new and unique experience for ticket holders with the new Jack Daniel’s Experience. Country Thunder has officially partnered up with the legendary Jack Daniel’s brand to bring the full Tennessee Whiskey experience to Arizona. This mobile museum is bringing the sweet whiskey taste of the beloved distillery from Jack Daniel’s hometown in Tennessee to the Valley.  The experience is open to the open public, who are 21 and over, with free tours throughout the festival.

Some of this year’s top performers are featured below.

Will Hoge is a grammy-nominated country singer who co-wrote “Even If It Breaks Your Heart.”  This platinum smash hit the No. 1 on Billboard’s country chart.  Look out for this talented singer and songwriter who is sure to make waves at the Country Thunder Music Festival and in the near future.

This wife and husband duo won top vocal duo two years running at the ACM Awards.  Their hit, “Are You Gonna Kiss Me Or Not,” is a double-platinum breakthrough single. You might also recognize their hit songs, “I Got You,” and “If I Didn’t Have You.”

If you were around in the 1970s, you know what this band is all about. Hitting the top 10 on the Hot 100 with their single “Mr. Bonjangles,” the Nitty Gritty Dirt Band put their name on the country map. Another popular single by this band is “Will The Circle Be Unbroken,” a 1972 collaboration with some extremely impressive names in bluegrass.

The Band Perry is country’s hottest family act.  Singer Kimberly Perry and her brothers, Reid and Neil, have accomplished so much since their first big hit “If I Die Young.”  The band has gone triple platinum, topped the Billboard’s country charts, and created a ridiculously large fan base.  The Band Perry is going to be a hot commodity at the Country Thunder Festival.  You may recognize some of their other extremely successful singles such as “All Your Life” and “Better Dig Two.”

You may recognize them from “Star Search.”  These country-pop sensations dropped their first-chart topping country single, “Step By Step,” and have made a name for themselves in the music industry.  They have also developed the successful singles, “Some Girls Do,” and “Thank God For You.”

Everybody knows the hit singles, “A Little More Country Than That,” and “Roll With It,” which were released in 2010. Two more recent hit singles by Easton Corbin have been “All Over The Road,” and “Lovin’ You Is Fun.” Easton Corbin has proven to be talented and is going to rock the stage at the Country Thunder Festival.

Cassadee Pope throws the Country Thunder lineup for a loop.  You don’t see too many warped tour veterans on your typical Country Thunder Festival.  Pope was a winner on “The Voice,” and is ready to set the stage for her transition into becoming a country super-star.

The face of super-star country singers, Miranda Lambert has the perfect voice for country, and has stolen the hearts of many country music fans across the nation.  With songs as emotional as “The House That Built Me,” “Over You,” and “Mama’s Broken Heart,” Miranda Lambert will rock the stage with her fierce attitude and soulful voice at Country Thunder.

Every Sunday the country stations are jamming Craig Morgan’s hit, “That’s What I Love About Sundays,” something all fans will enjoy swaying along to at this year’s Country Thunder… even if it is a Saturday.  This hit was named the biggest country song in 2005.  Since then, 4 other Craig Morgan songs have hit the Top 10. He is sure to not disappoint at this year’s festival!

Mark Chesnutt is a legendary name in country music, sending 30 singles to the Billboard country charts.  Chesnutt is well known in the country music industry and highly respected. You don’t want to miss a thing as Mark Chesnutt performs his arguably most well-known song, “I Don’t Wanna Miss A Thang,” this Saturday at the festival.

Touring with Taylor Swift, this Mississippi boy released his debut single, “Could It Be,” last year. Currently making a name in the music industry, Worsham is going to make waves along the big-name artist at the Country Thunder Festival. Make sure you’re there to check out this up-and-coming star!

LoCash Cowboys is a duo composed by artist Chris Lucas and Preston Brust.  You might recognize the duo from “Keep In Mind,” a single that peaked at Number 3 on Billboard’s Country Chart.  These two artist, while not well known yet in the music world, are sure to be well-known soon enough.

Everybody knows this Nashville superstar since his breakthrough single in the industry in 2005.  He has also had three songs go double-platinum in the past years. “Dirt Road Anthem,” however, remains his biggest hit, a quadruple-platinum smash that rocked the country-music industry’s world.   Jason Aldean is simply a must-see!

His hit singles, “Redneck Crazy,” and “Whiskey In My Water,” have both received a lot of attention and have been recognized as extremely successful singles.  Tyler Farr is sure to rock the stage this Sunday, and you don’t want to miss it!

Helping to write Jason Alden’s hit “Dirt Road Anthem,” this popular country singer and song-writer has debuted at No. 1 on Billboard’s country chart with his newest album, “Declaration of Independence.”  Don’t overlook Colt Ford, he’s sure to bring the heat to the stage this Sunday.

Gord Bamford is a smash hit in Canada, and is on his way to make his mark in America.  Last year’s “Country Junkie,” hit No.11, and earned a Juno nomination for country album of the year. He fits right in with all the incredible American country artist that are in the lineup for the Country Thunder Festival.

He’s topped the country charts with 5 singles, and we’re sure he’s soon to make it 6.  Well known in the music industry for his novelty hits, you don’t want to miss out on this country singer this Sunday!

For more information about Country Thunder or to inquire about tickets, click here. 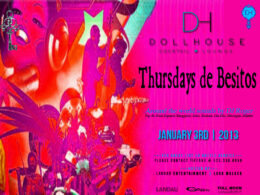 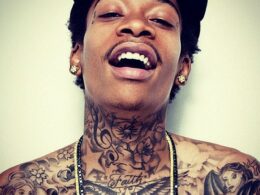 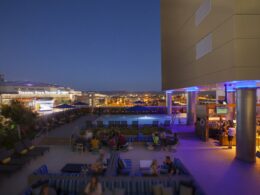 Spring Training fans can have a ball this March at LUSTRE Rooftop Bar at Kimpton Hotel Palomar Phoenix.…
bySuzanne Koch 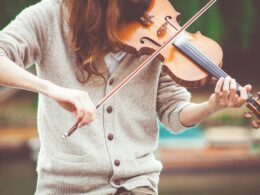 The festival aims to challenge and engage audiences through unique collaborations from some of the state's top performers and artists.
bySuzanne Koch