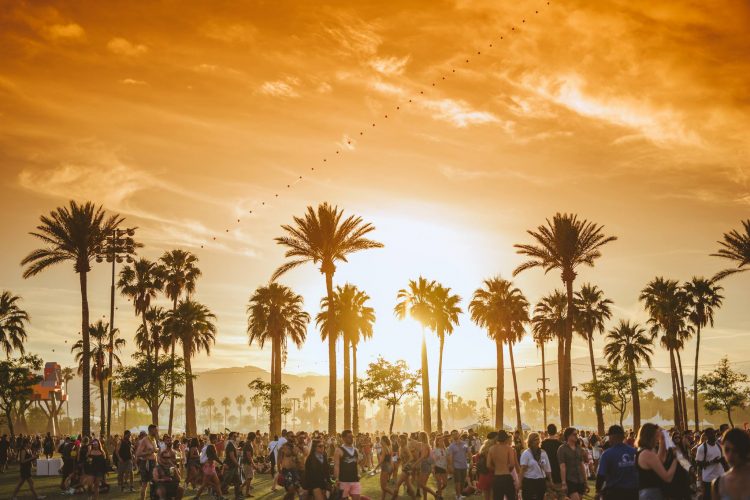 Now that you’ve recovered from your New Year’s hangover, it’s time to look forward to Coachella 2018, which recently released their full lineup. As expected, one of the featured headliners will be Beyonce, who had to cancel last year’s performance at the festival after becoming pregnant. Joining her are The Weeknd and Eminem who will headline the other two nights of both weekends.

Additional performance highlights include SZA and Cardi B, who both had breakout years. ODESZA; French Montana; Post Malone; 6lack; Vince Staples; Migos; Miguel; HAIM; Kygo; St. Vincent; Daniel Caesar; Fleet Foxes; Tyler, the Creator; and Portugal, the Man; are some other highlights among many others. Full lineup below.

Last year’s festival pushed Coachella’s total gross amount up to a record $114 million, making it the first recurring festival franchise to cross the $100 million mark. And with exclusive four-course dinners in the VIP Rose Garden for $225 per person, it’s not too hard to see how the festival got there. Along with culinary events and top musical acts, Coachella also features original large-scale, site-specific art installations and more for a one-of-a-kind experience. 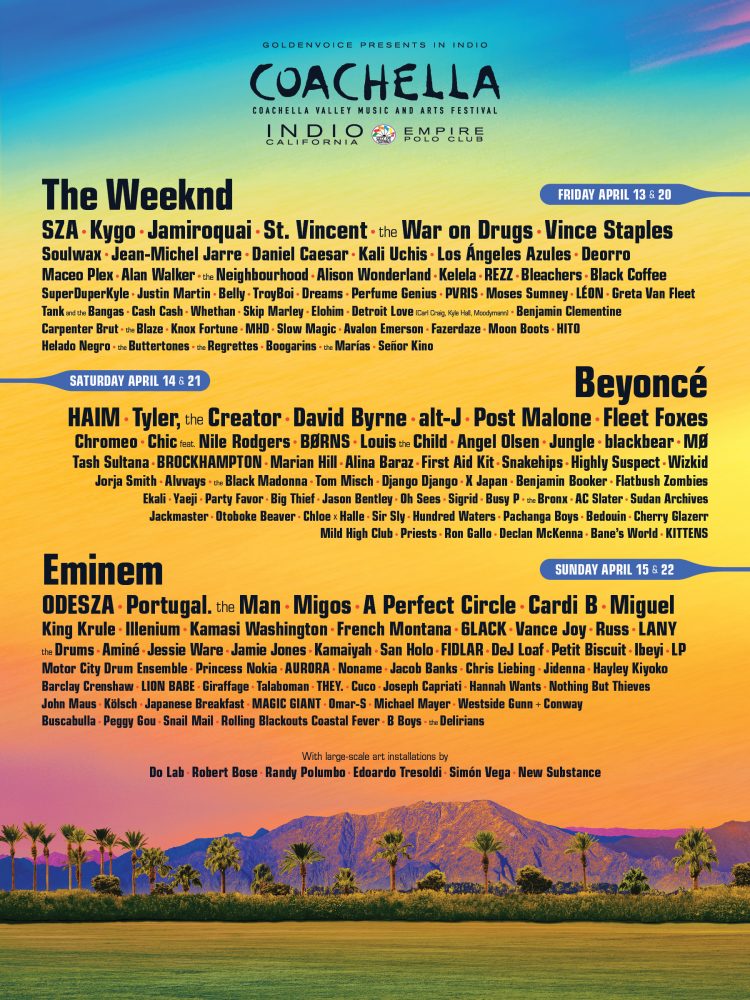