Bar Brawl has returned to jade bar at Sanctuary on Camelback Resort and Spa for its fourth season. Kicking off on July 15, guests can watch their favorite bartenders from some of the Valley’s hottest spots battle head-to-head each week. Sixteen contestants will battle behind the bar over the next four weeks before winners will head on to the semi-finals on August 12 and 19. And on August 26, the final battle will determine the top bartender.

The weekly cocktail showdown will be hosted by Sanctuary’s own Chef Beau Macmillan, emceed by Eddie (Aces) Garcia and beats provided by DJ Hybrid Thiry3.

Bar brawl takes place from 8 to 10:30 p.m. each night. Entry is free and includes happy hour pricing for food and drinks.

Take a look at the schedule below to see who will battle who.

Celebrate National Lemonade Day With This Boozy Recipe from Zinburger

In honor of National Lemonade Day on Aug. 20, the burger joint is sharing their elevated take on the classic summer drink.
bySuzanne Koch 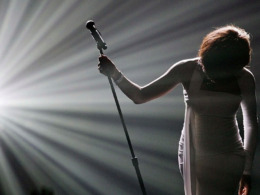 Which Diva is Returning to the Stage?

One of the biggest pop divas ever will return in 2016 – as a hologram. The late Whitney…
bySuzanne Koch 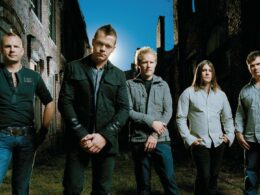