We had the chance to sit down and chat with Joe Nichols before he hit the stage at Livewire in Scottsdale. Nichols, who is a three-time Grammy nominated American country artist has eight albums under his belt with another one on it’s way. His most recent album, “Crickets,” boasts two singles, “Yeah” and “Sunny and 75,” that have hit the top spot on the Billboard Country Airplay chart.

AFM: Have you ever performed in Scottsdale before?
JN: Yes, a couple of times.

AFM: What did you like about it?
JN: It’s a great town. I think it has a great atmosphere around town.

AFM: You’re from Arkansas, how is it different performing out here compared to back in the South?
JN: Not too much is different. It’s a different climate and people tend to be really pretty out West but otherwise I think it’s about the same. There are country fans everywhere.

AFM: You recently left Universal and signed with Red Bow. How has that been going?
JN: Its been going great. It is a great record label and I think our relationship so far has been of mutual trust and respect and they’ve worked as hard as they’ve asked me to. I think that’s always the goal, to be with someone who’s willing to work as hard as you are and they certainly have.

AFM: Where do you find inspiration for your music?
JN: A number of places. I don’t know if there’s one thing I can point to as far as inspiration. I think usually about what I’ve experienced in my life. I certainly think life stories can be more interesting than anything made up.

AFM: What’s been your favorite moment of your career so far?
JN: Good question. I got to do a duet at the Grand Ole Opry with George Jones. I thought that was pretty amazing. I also won a CMA, an ACM and a CMT award. All those were pretty neat as far as career goals. I also got to meet my idols, George Strait and Merle Haggard,

AFM: What is it like when they announce your name as the winner of those awards?
JN: Terrifying. I think I was pretty scared in the moment to not say the wrong thing or fall up the stairs or do something dumb on national TV with 20 million people watching.

AFM: What’s been your favorite single so far?
JN: That’s tough. We’ve had a lot of good ones that have been really good to us over the years. I go back to the early days and “Brokenheartsville” was probably one of my favorite songs and it still lives on today. “Tequila Makes Her Clothes Fall Off” and “Summer and 75” and of course our last number one which was probably one of our biggest ones yet.

AFM: Tell me about your new single, “Freaks Like Me?”
JN: It’s a song about being old school because I’m kind of an old school sort of guy. I like manners and I love old folks and the great stories they tell. I love the U.S.A.. I know a lot of those things aren’t en vogue but that’s the kind of guy I am and that’s how the song goes. It talks about being the guy that might not be as cool as a lot of other people but it’s alright because I like what I like.

AFM: Is “Freaks Like Me” a good representation of the rest of the album?
JN: Pretty much. It kind of leans a little more progressive at some times and way more traditional at some points but I think we’ll get a lot of good singles that are punchy like “Freaks Like Me,” and that’s a good thing.

AFM: When is that album expected?
JN: I think first quarter of next year. I think around March.

AFM: Are you going to tour for the next album?
JN: Yes, we’ll be hitting the tour circuit pretty heavily next year and play where we can in support of the new album and the new single. Hopefully everything will go smoothly. We’re planning on a very good 2016.

AFM: What is in the near future for you and your musical career?
JN: I want to finish this album right now that we’ve been working on for the better part of this year and kind of have some more success with the radio. Lets keep this thing going for another 20 years.

AFM: I have to ask, are you a fan of tequila?
JN: Oh no. I’ve seen the effects of tequila so I try to steer clear, but it sure makes for some good stories. 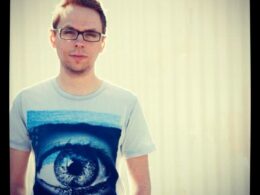 Genre: Trance Country: United States   Hailing from the valley of the sun, Josh Evans is a rising…
byAmanda Logan 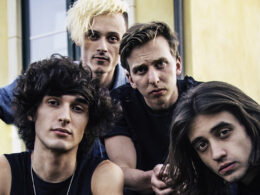 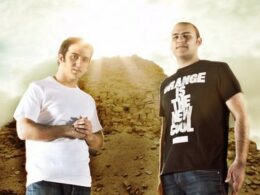 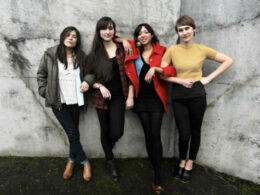