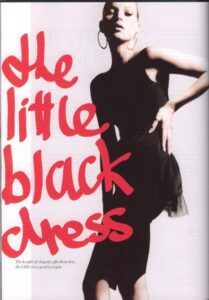 Yesterday morning with my eyes at half mast I noticed a little blog blurb across my computer “Kate Moss without makeup, no retouching, no surgery” At first I thought why do I care?…. then I thought why does anyone care….. then I had to know why anyone would care…. ashamedly I looked. A very squinty, caught in bright light disheveled Kate Moss looking a tad worn and quite common…. really do any of us look good in that light? Again my question is why do I care? Have we become so disdainful of imperfection that it is absolutely beyond us to allow Kate Moss to be 35 years old? And as a botox free face myself sometimes I wonder when exactly we decided that no one was allowed to wrinkle? It’s not the worst thing a face can do…hold that thought… did I actually just defend wrinkles???? As I tick up the age scale I see it myself, the longer you go (especially in fashion biz) you generally get replaced by a “younger model” though often wild eyed with inexperience they just plain look hip in that outfit and darn it all- we are nothing in this day and age (did I say age again?) if not about image…the exception of course- if you rule the Kingdom, like Anna or Grace then age is nary a factor but, for the rest of us mere mortals (Kate included) to put on a pound which she has and looks fabulous, have a wrinkle or sprout grays is just unacceptable darling.

I for one think Kate Moss is and always will be sheer modeling perfection, in fact I still have a little folder of my favorite Kate clipping through the years. From the first Calvin ads with the wide set eyes that changed modeling forever, the Harpers covers in the early 90’s after the amazing Liz Tilberis took the helm and loads of old editorials by Mario and Patrick that stand up even today….all due in part to the uncanny abilites of Kate. 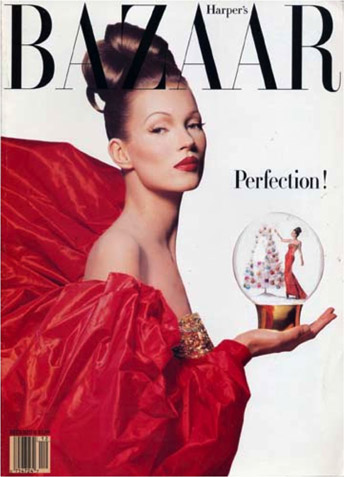 Her latest for V magazine had her living with gypsy’s for two days and the photos are stunning! No one lasts this long in front of the lens if they don’t have that je ne sais quoi. Let me assure you that not every model however pretty can tweak a tiny hand movement or brow raise they way Ms Moss can. 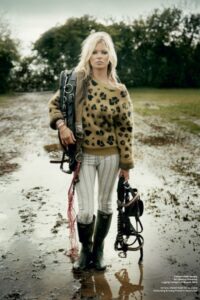 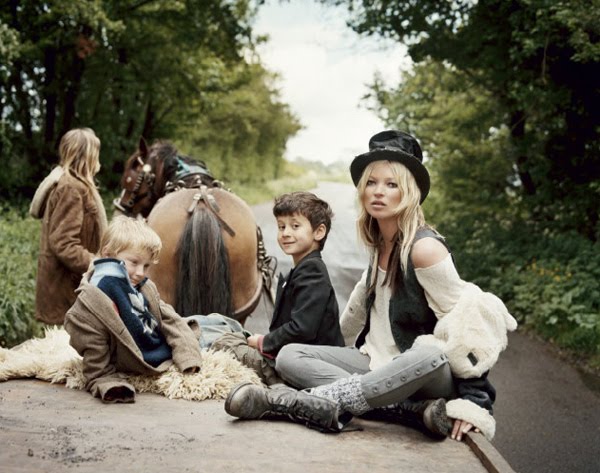 Jaded as I might sound… listen up America’s Next Top Model hopefuls, just because someone throws a $5k Yves Saint Laurent dress on you doesn’t mean that you can sit like a lump and expect a good photo, there is an art to it and a presence that only few posses Kate Moss being one…. Skinny, “plump” aka skinny for the rest of us, wrinkles or not.