So the question is, were you shouting out comments like… tooo boring, asymmetrical, love the patent or OMG look at that jacket to your television last night? If you were you were obviously watching the Project Runway finale as I was.

And were you as pleased with the Seth Aaron win? Bang Kapow! I thought that he did bring his signature style to a whole other level. The question is was this finale’ as suspenseful as the last few years, or has it gotten to a point where it’s easy to pick the winner? Through I entire season I was pining for both Seth Aaron and Emilio, I would have also liked to see Jay in the final showing (at least the one that aired) I thought the three piece collection he sent down the runway for his “fashion off” with Mila was intriguing. Sadly I felt he went wrong by choosing two jackets that resembled each other so closely that it emphasized an immaturity in his designs, leading the judges to pick Mila.

So let’s review shall we? After a visit from the magnanimous Tim Gunn just weeks before Bryant Park, Seth Aaron was encouraged to re-work much of his collection because it lacked sophistication and the freshness that Gunn felt the judges needed to see . As always the most beloved man in fashion was right… and let’s face it, due to his advice (and the twenty four looks he brought with him) Mr Henderson is sitting in the winner circle. And how much do we love his sweet little family? View his looks Seth Aaron Henderson

Then there’s Mila, I must say I was getting rather bored with the snarky Mila comments this season and the overly confident bravado at times…. And as someone in their forties, if I had to hear how she postponed her design career one more time I was going to jump through my flat screen and pull her perfectly bobbed hair! But non the less she is a talented designer and it’s more than easy to picture her line hanging in the best specialty stores from New York to LA. I loved the juxtaposition of patent with softer fabrics and the asymmetrical shadowing… sign me up! View her looks Mila Hermanovski

And Emilio whose flirty, sexy and well constructed dresses I adored throughout the season but interestingly enough, he chose to do a Donna Karan route and show sportswear at Bryant Park. The line was meticulously crafted and beyond sellable but I think it goes without saying that he lost the competition because as Michael Kors mentioned it was more of a “line” than a “collection” It was somewhat shocking and mildly refreshing after all the black and white of Seth Aaron and Mila’s collections to see so much color. And even if he did bump heads with everyone’s favorite Tim Gunn and got a little cranky at times, I can’t help but like a guy who wears his emotions on his sleeve. View his looks Emilio Sosa

I’m still not sure what I thought of the beautiful and talented Faith Hill as a judge, she is far too sweet to say anything negative (is that for good PR or is she really as lovely as I want her to be) but don’t we really want to see a little critiquing from the guest judges? In any case, it was a delightful season and I look forward to the next….but with perhaps less predictability and just a tad more drama building up to the end. Congrats Seth Aaron! 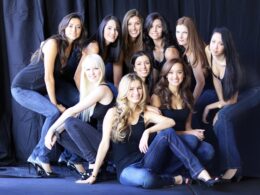 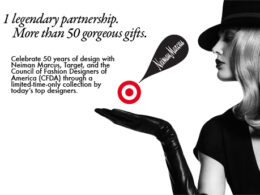 How much do we love a good collaboration? A lot would be my guess. It seems that you…
bydiane 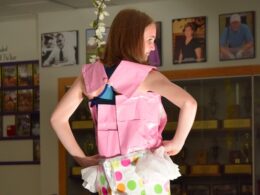 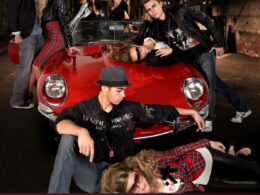 We’re just a mere four days away from the beginning of Barrett-Jackson, the classic collector car auction which…
byMarlene