What a buzzing and busy week it was last week in the Valley. In fact there were so many things to do that I simply could not find the time to accomplish everything… let alone stay awake for the after parties. Yes, I wish I was still an out- after- midnight kind of girl but alas I now feel like the I have the schedule of Rachel Zoe and the energy level of eeyore and I can’t bear the thought of chugging a energy drink just to be part of the see and be seen crowd. Never the less I was able to sneak a few moments in at the Valley Ho to check out a bit of Phoenix Fashion Week. I have to give kudos to Brian Hill for having a goal and a vision to bridge buyers, education and designers together, though I fear that more oft than not, not everyone grasps the concept…. As my friend Ms Di Staulo bravely noted in her Saturday seminar on Fashion Illustration (yes you have seen her fab Westcor, invites, totes, t-shirts and posters for Scottsdale Fashion Week) “fashion shows are for press and buyers… they are not for your cousin, your neighbor and every other friend who wants to party” Sadly in our little metro area that is not how we roll YET!…So we need the Brian Hills of the world to keep on trucking and keep on refining and innovating until the bar is superbly raised.…. Note To Designers … a few of you are fab and you get it… for the rest… go to the library and research some great designers of years past Elsa Schiaparelli,, Norman Norell, Coco the list goes on , book a trip to New York for the next fashion week and go to shows…. Go to the garment district, hire someone to sew your wares, have amazing samples made, save your pennies- hire really good models and hair and makeup artists and kick it out of the ball park next year… so much so that when people talk about Phoenix and Scottsdale fashion they will be dumbfounded by the caliber of talent! Now lest I sound horrifically jaded there were as I said some lovely bright spots in the mix… little Miss House of Jazmin – Jazmin Whitly showed her darling La Cari line. I had a chance to speak with her about her MTV reality show and her debut in Phoenix… for this collection her inspirations came about from a trip to Utah where she experienced scenic spots like Mt Zion for the first time.

Alicia Estrada for Stop Staring! another LA based designer showed some very charming vintage inspired dresses that were calling my name.

And applause to former PR contestant Qristyl Fraizer for bringing a little diversity to the ramp, I only wish that her garments had been more properly fitted to her models bods.

Sadly of the other shows I viewed I found the collections either to have poor workmanship, lacking in imagination or in some cases… having hemlines so high that I could barely fathom how one would function and still leave a little something to the imagination. 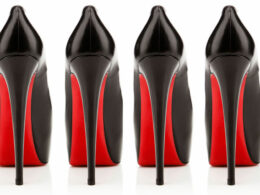 Beauty is Truly Pain With These Fashion Items

They say that beauty is pain, and when it comes to those 6-inch stilettos, it’s not just your…
byChristina Silvestri 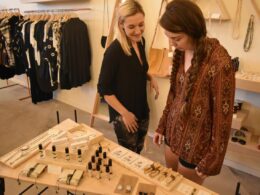 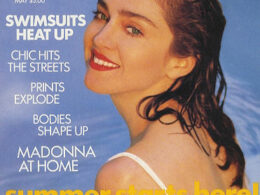 There is nothing that gets me going more than a little fashion controversy, especially when it’s sparked by…
bydiane 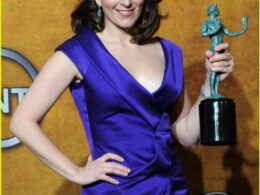 Once again this weekend another awards show honoring the best and brightest acting of the year. Please someone…
bydiane