Yesterday I was so delighted to see my former assistant. It had been a while since she moved to LA to model and act, and while she was there she decided that perhaps other ventures were calling so after six years of modeling she hung up her heels. Though yesterday she was back at it in front of the lens… surprisingly looking thinner and more fit than ever…. I did feel a tad pang of guilt as I sat there eating the pizza that was ordered for lunch while she ate the salad she brought. Hhmmm….I guess that explains why I am not a size 2, but I wasn’t the one in a bathing suit….so why not indulge?

Even though I have been in the business for a million years the freakish genetics of these long and lean girls never cease to amaze me. Yes most of them are thin but they still really work at it…eating the right foods and working out several days a week… but yes it’s true that because the pressure of the business it does drive some girls into very bad choices and an unhealthy state. But others are leading the way in setting a good example. Just last week I was looking through my April Vogue and Allure absolutely in awe of Giselle Bunchen and Heidi Klum.

Hello these women have had children…. Four in Heidi’s case and just look at her! Obviously neither are sitting around eating bon-bons and watching the soaps, both have a busy but fulfilling lifestyle coupled with good eating habits, workouts and maybe a little bit of hitting the genetic jackpot doesn’t hurt.

In Vogue Bunchen talks about the natural water birth of her son Benjamin and how her figure snapped back right away with no more than yoga three times a week, thanks in part to the muscle memory she has attained throughout her active life of sports and kung fu (which she did up until two weeks before the birth) Bunchen also has a new line of skin care called Sejaa composed of three products a day cream, night cream and mud mask. All products are natural and will be sold on a web site to create a community for young girls and women to empower themselves and feel more confident a topic close to GB’s heart.

In Allure Heidi Klum basically bares all, amazingly her body looks as strong and fit as it did (if not better) when she first started walking the runways for Victoria Secret. Though she’s coy about her fitness and diet routines she swears by sunscreen on her face…and not getting too much sun. She drinks a glass of milk every night with dinner and claims that running around after kids and juggling her life with family keeps her fit. If you recall this is the woman that appear on the runway in the most scant lingerie only six weeks after her third baby… incredible! 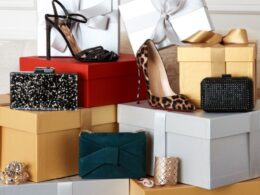 Whether you shopped till you dropped on Black Friday or missed out on the weekend sales, we’ve rounded…
byChristina Silvestri 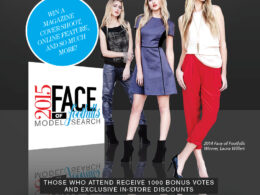 Join Us for Face of Foothills 2015 Casting Call at Gap, Scottsdale Fashion Square 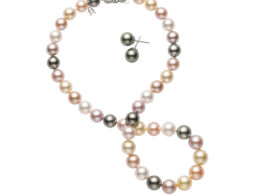 Celebrate Pearl Month with the artistry of Mikimoto.
byChristina Silvestri 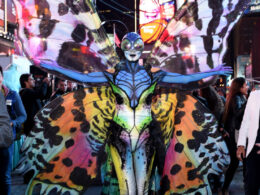 From an electric-hued butterfly to a Flamin’ Hot Cheeto, see which celebs took their Halloween costumes up a…
byChristina Silvestri