On Friday, Feb. 27, skip the cafeteria food and take a ride on the Metro Light Rail and taste the flavors of the world at WorldLUNCH! Perfect for those working in downtown Phoenix and for any global connoisseur, this “worldly” event, presented by Pro’s Ranch Market, is a mere $10 for round-trip ride and food from some of the Valley’s top restaurants!

Phoenix Sister Cities is hosting the three-day WorldFEST event, and for the first time presents WorldLUNCH from 11 a.m. to 2 p.m. Participating restaurants include Tradiciones, Tarbell’s, Shangri La, Doc’s Place, La Piccola Cucina, and more! There will also be a beer and wine tasting of international flavor provided by Alliance Beverages Distributing Company. 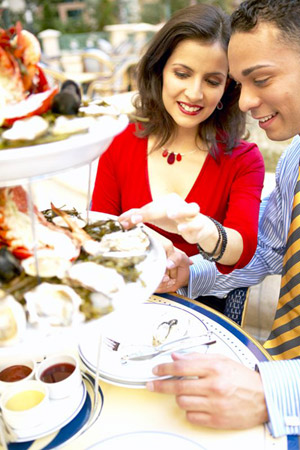 Downtown workers are particularly urged to hop on the Metro Light Rail to this cultural event at Margaret T. Hance Park and indulge in a worldly feast of exotic cuisine, drink and music, and be back to the office before the boss even misses you. No passport required.

Admission to the three-day WorldFEST is free (except the Friday WorldLUNCH). For more information visit phoenixsistercities.org or contact Phoenix Sister Cities office at 602.534.2200.

About Phoenix Sister Cities: PSC is well-known for creating and nourishing relationships between Phoenix and its sister cities through a variety of educational, cultural, commercial, cooperative, and disabilities awareness programs. It also tries to promote global understanding and appreciation on a continuing, long-term basis by creating exceptional opportunities and international partnerships for the citizens, businesses, and organizations of Phoenix.

About Pro’s Ranch Market: Created in 1982, Pro’s Ranch Market first opened in Southern California and owned by Mike Provenzano Sr. Partnering with his son Michael in 1992, a Hispanic store concept to change the demographics of the community was built. They began to travel the nation and beyond to bring ideas for this “outside the box” concept. The goal was to give the Hispanic customer the variety, brands, and fresh authentic foods they know and love in a warm, upscale environment. As a result, “The Ranch” was born. It’s success led to stores opening in Phoenix in 2003. With eleven stores in 4 states, Pro’s Ranch Markets is one of the fastest growing Hispanic Supermarket Chains in the country, with a focus on freshness and quality.