Downtown Phoenix’s CityScape is becoming quite the dining destination for hungry Phoenicians. Phoenix’s CityScape is home the incredible Arrogant Butcher and Vitamin T restaurants, in addition to many more eateries, and CityScape recently announced plans to open three restaurants in the coming weeks: a second location of Scottsdale’s The Breakfast Club and the fast-casual The Strand and Chipotle.
The Breakfast Club, a super popular Old Town Scottsdale breakfast and lunch spot known for its amazing blueberry pancakes, will open its second location on Nov. 14 next to Tilted Kilt and the soon-to-open Kimpton Palomar Hotel. at CityScape. Menu favorites at The Breakfast Club include nutty Belgian waffles, signature Bar Harbour flapjacks, cinnamon challah French toast, the “Whole Hog” omelet and a variety of sandwiches and salads for lunch. The adjoining Barrista Bar will serve up specialty coffee drinks.
The Strand, described a fast-casual Italian restaurant serving sandwiches, pasta, salads and an Italian fry bread called “cizzellini,” will open the second week in November next to The Arrogant Butcher near the northwest corner of Jefferson and First streets. The Strand will be open seven days a week offering breakfast, lunch and dinner along with beer, wine and cocktails including frozen Bellinis. The Strand is a new restaurant concept in the Valley.
Lastly, the incredibly popular fast-casual Mexican food joint Chipotle will open in early December next to Five Guys and Jimmy John’s at the corner of Washington Street and 1st Avenue.
For a complete listing of Downtown Phoenix’s CityScape dining and shopping offerings, visit http://www.cityscapephoenix.com/. 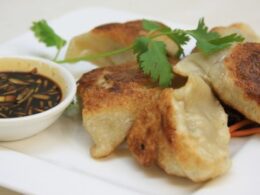 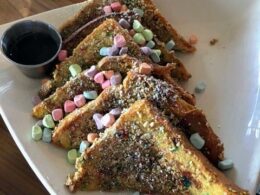 The Hash Kitchen in Scottsdale may be known for their DIY Bloody Mary bar and incredible hash plates, but there are a few secret-menu dishes that have guests who are in the know coming back for more.
byMelissa 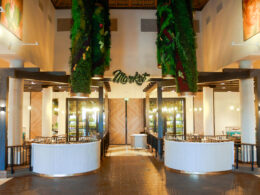 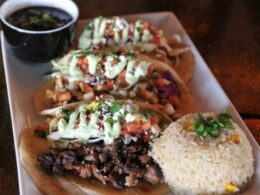 With a name like Sir Veza’s Taco Garage, you know that the newly opened eatery at Chandler Fashion…
byMelissa