When I think of sippin’ in the fall season, pumpkin spice lattes and apple cider come to mind. However, wouldn’t a dark chocolate cocktail be just a tasty during the cool-weather months? Van Gogh Vodka, which been considered a pioneer in the world of flavored vodkas with more than 20 varieties on the market, has announced the debut of two new flavored vodkas this fall: Rich Dark Chocolate and Cool Peach.

Van Gogh Rich Dark Chocolate Vodka
Van Gogh Vodka’s Rich Dark Chocolate Vodka displays an intense chocolate fragrance with hints of coffee, nutmeg and spice with a complex, dark cocoa taste is beautifully complemented by notes of coffee, chili pepper, caramel and exotic spice. “My inspiration came from ancient history when chocolate was a drink, not a candy as we think of it today,” says Master Distiller Tim Vos. “The Aztecs thought that cocoa was somehow attached to the goddess of Fertility and that’s why they drank it. They were quite sophisticated and often mixed their cocoa with vanilla, chili pepper and pimento – flavors we’re rediscovering as enhancements to chocolate that truly bring out the rich taste.”
Van Gogh isn’t new when it comes to creating delish, chocolate-infused spirits. The company was the first brand to introduce chocolate vodka to the market in 2002 with the introduction of their best-selling Dutch Chocolate Vodka. (Rich Dark Chocolate contains double the amount of cocoa.)

Van Gogh Cool Peach Vodka
Peach was one of the most requested flavors from Van Gogh fan–so the company decided to do something about it. “We receive a large number of requests for peach every year, but we felt it vital to get the flavor just right before any sort of release,” Vos says. “While working with peach, we realized that the addition of a small amount of mint added a refreshing zing that we thought really enhanced the overall flavor.”
Van Gogh Cool Peach Vodka features the combo of ripe, juicy peach complemented by a bright hit of mint. A cooling and refreshing drink, the taste is overwhelmingly peach with notes of sweet almond and a welcomed punch from the mint. 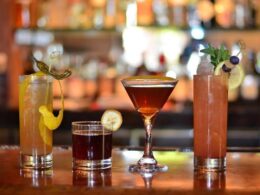 Starting Jan. 17, Last Drop the Hermosa in Paradise Valley will host a mixology series, with each class focusing on a different spirit, from gin to tequila.
byMelissa 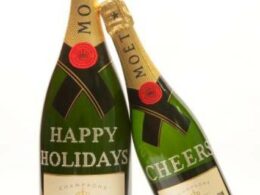 While your friends and family are undoubtedly overdosing on holiday fruitcakes and sausage-and-cheese-packed gift baskets, stick out from…
byMelissa 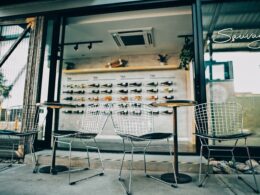 Sauvage Bottle Shop Named One of the Best Wine Stores in the U.S. 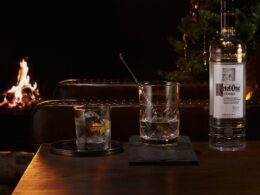 Tomorrow marks National Vodka Day. Why not start the party now with one of these four celebratory cocktail…
byMelissa