Taste of the NFL’s Kick Hunger Challenge  pits fans from all 32 NFL markets against each other for a friendly competition to raise money for food banks nationwide. The season-long fundraiser (October through December) kicks off as part of September’s Hunger Action Month and culminates at the 24th Annual Taste of the NFL’s Party with a Purpose held on the eve of Super Bowl XLIX on Saturday, Jan. 31, 2015 at WestWorld in Scottsdale. Taste of the NFL is enlisting local restaurants to participate in the challenge to raise funds and compete for a chance to be part of the Taste of the NFL action. All proceeds raised in the “Flavors of the Valley” competition will support St. Mary’s Food Bank Alliance in Phoenix and Vista del Camino Food Bank in Scottsdale. The five restaurants that raise the most money during promotion will be invited to participate in the “Flavors of the Valley” area at the Taste of the NFL’s Party with a Purpose. Here’s a recipe from one of the Flavors of the Valley restaurants:
Though Dec. 31, Foosia in Scottsdale will donate five percent of proceeds to the Kick Hunger Challenge/Flavors of the Valley campaign.
Wok Stir-Fried Vegetables
Broccoli florets, Trimmed, 3/4 lb
Snap or snow peas, De-stringed and cleaned, 1/2 lb
Red bell peppers, Cut into small squares, 1/2 lb
Red onions, Cut into small squares, 1/2 lb
Carrots, Cut into coin size, 1/2 lb
Wok oi,l Gluten-free soy oil, 1/4 cup
Foosia veggie glaze (see recipe below), 1/4 cup
Ginger, Minced, 1/2 tbsp
Garlic, Minced, 1 tsp
Kosher, salt, ¼ tsp
1. Mix thoroughly and portion into holding pan
2. Start with a clean, dry wok surface
3. Heat the large wok over medium heat, when wisps of smoke appear, add the oil.
4. Turn the heat to high and add the foosia veggie mix
5. Stir fry for 1.5 minutes
6. Add the glaze, ginger and garlic and stir fry for another 1.5 minutes
7. Sprinkle salt over mix and serve
Foosia Veggie Glaze
Tamari Soy Sauce, 1.5 QT
Shaoxing Wine, 1.5 QT
Sugar, 1/4 Cup
Water, 1 Cup
Combine and whisk until sugar dissolves.
AZFoothills.com is a media partner and proud to share with you the best chefs in the U.S. and will be featured in our new publication, IN Arizona, to launch January 2015. All the best Arizona has to offer! 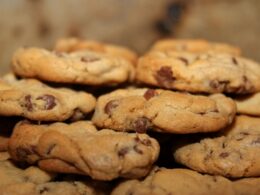 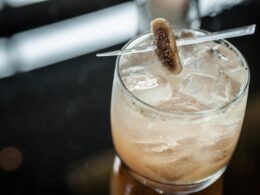 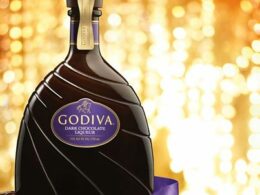 Thanks to the decadent GODIVA Dark Chocolate Liqueur, you don’t need a special occasion to enjoy–sip, rather–chocolate. Simply…
byMelissa 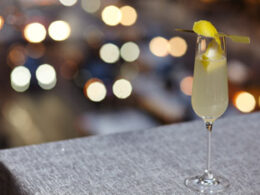 Raise a glass to the New Year with these delectable libations…cheers to 2014!     Ciroc Amaretto Royale…
byKarah Van Kammen