There’s just something about s’mores on an autumn night in the Valley. The crisp air, the warm fire–and the chocolate, marshmallow and graham cracker doesn’t hurt. The Boulders in Carefree offered up a divine Cowboy S’mores recipe to kick up the kiddo version into a bonafide festive holiday-season dessert.
Blackout Cake
¾ cup (plus more for pan) All-purpose Flour
6 T Cocoa Powder, Dutch Process
1 tsp Baking Soda
½ tsp Baking Powder
¼ tsp Salt
1 Egg
¼ cup Vegetable Oil
½ cup Buttermilk
½ cup Coffee, room temp.
½ tsp Vanilla Extract
Preheat oven to 350 degrees F. Lightly butter an 8-inch cake pan and line with parchment. Butter the parchment and flour pan, shaking out the excess. Sift together flour, cocoa, baking soda, baking powder, and salt. Reserve.
In a mixer with a whip attachment, beat eggs and sugar until thick and lemon-colored. Beat in vegetable oil. Alternately add dry ingredients with buttermilk, scraping the bowl once or twice. Add the coffee and vanilla to form a thin batter. Divide between prepared cake pans. Bake until a toothpick inserted in the center of a cake comes out clean, about 40 to 45 minutes. Cool in pan for 15 minutes. Invert onto cooling racks, peel off paper and cool completely. When cool, split each cake in thirds with a serrated slicing knife. Using a round cutter, cut 18 circles.
Ganache
8 oz. Heavy Cream
8 oz. Dark Chocolate
On stovetop bring cream to a scald. Pour over ganache, let sit a few seconds, whisk cream and chocolate together until mixed. Cool till slightly warm to touch.
Marshmallow Fluff Topping
3/4 cup granulated sugar
1/2 cup light corn syrup
1/4 cup water
1/8 teaspoon fine salt
2 large egg whites, at room temperature
1/4 teaspoon cream of tartar
1 1/2 teaspoons pure vanilla extract
Stir together the sugar, corn syrup, water, and salt in a small saucepan over high heat. Bring to a boil, stirring occasionally, until the mixture reaches 240°F on a candy/fat thermometer. Place the egg whites and cream of tartar in the bowl of a stand mixer fitted with a whisk attachment. Start whipping the egg whites to soft peaks on medium speed. (The goal is to have the egg whites whipped and ready, waiting for your syrup to be drizzled in. If they’re whipping faster than your syrup is coming to temperature, just stop the mixer until the syrup is ready.) When the syrup reaches 240°F, reduce the mixer speed to low and slowly drizzle about 2 tablespoons of syrup into the egg whites to warm them. (If you add too much syrup at once, the whites will scramble.) Slowly drizzle in the rest of the syrup. Increase the speed to medium high and whip until the marshmallow crème is stiff and glossy, about 7 minutes. Add in the vanilla and whip 2 minutes more.
Assembly of Dessert
Layer cake, ganache, cake, ganache in mason jars (3 cake layers, 2 ganache) and top with the marshmallow fluff. For an authentic finishing touch, caramelize the marshmallow with a kitchen torch or your oven broiler. Garnish with Graham cookies on the side. Optional: Also can garnish with graham sprinkles on top (see below).
“Honey Grahams” recipe
8 3/8 ounces graham flour (optional: whole wheat)
1 7/8 ounces all-purpose flour
3 ounces dark brown sugar
3/4 teaspoon baking powder (aluminum free)
1/2 teaspoon baking soda
1/2 teaspoon kosher salt
1/8 teaspoon ground cinnamon
3 ounces unsalted butter, cut into 1/4-inch cubes and chilled
1 ounce molasses
1 1/4 ounces honey
1 1/2 ounces whole milk
1/2 teaspoon vanilla extract
Place both flours, sugar, baking powder, baking soda, salt and cinnamon into the bowl of a food processor and pulse several times to combine. Add the butter and pulse until the mixture resembles cornmeal. Add the molasses, milk and vanilla extract and process until the dough forms a ball, approximately 1 minute. Press the ball into a 1/2-inch thick disk, wrap in plastic wrap, and refrigerate for 30 minutes. Preheat the oven to 350 degrees F. Unwrap the chilled dough and place it onto a large piece of parchment paper and top with a second sheet of parchment paper. Roll the dough out until it is 1/16” inch thick. Slide the rolled dough and parchment paper onto a half sheet pan. Remove the top sheet of parchment paper and cut the dough, using a rolling pizza cutter into 2-inch square pieces, by making vertical and then horizontal cuts all the way across the dough. Trim off any excess. Using a fork, poke holes all over the top of the dough. Leave the crackers on the pan and bake on the middle rack of the oven for approximately 16-20 minutes or until the edges just start to turn golden dark. Remove from the oven, set the sheet pan with the crackers on a cooling rack and allow to cool completely. Once completely cool, break into individual crackers and store in an airtight container for up to 2 weeks. 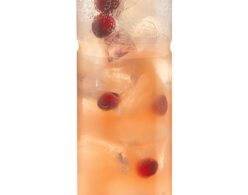 This spring, SKYY Infusions is set to unveil their newest all-natural flavor, ginger. The brand new flavor is said…
byMelissa 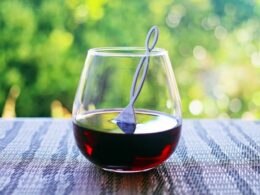 Boozy Brands To Get You Through The Rest Of Summer

Check out these new boozy brands to get you through the Summer heat and quarantine boredom.
byTyler Hollis 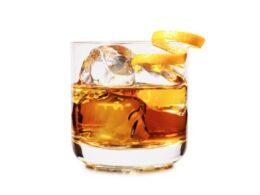 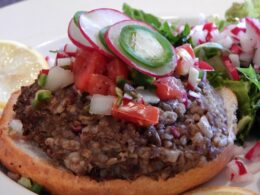