In this week’s Grocery Great segment, guest writer ForXx delves into the difference between Chiquita and Dole bananas.

All bananas are not created equal. Chiquita vs. Dole. Before we dive into the potassium war, here’s a small history lesson.
Chiquita: Founded in 1863 Chiquita Brands International, Inc. was the United Fruit Company, formed in 1899 by the merging of the Boston Fruit Company. In 1990, the company became Chiquita Brands International. In November 2011, Chiquita moved its headquarters to Charlotte, NC. Chiquita owns farms in Costa Rica, Guatemala, Honduras, and Panama.
Dole: In the 1960’s, Castle & Cooke acquired the Pineapple Company in Hawaii and the Standard Fruit Company and renamed the company “The Dole Food Company, Inc” in 1991. By 1980, it was the third largest producer and U.S. importer of bananas. Dole operates throughout Central and South America, the Asia-Pacific region, Philippines and two packing plants in Thailand.
Bananas contain 20 percent vitamin B6; 15 percent vitamin C; 15 percent manganese; 13 percent potassium and 12 percent dietary fiber.
If your bananas are too green when you buy them, place them in a brown paper bag with an apple or tomato overnight to speed up ripening. If your bananas are too ripe before you have a chance to eat them, peel, cut and put in a freezer bag to use later. Dole and Chiquita remain the top two U.S. banana companies as of 2011.
My grocery great is the Chiquita banana. It’s bursting with flavor and is extra sweet. Dole bananas are flavorless to me. Chiquita’s can be found at Safeway stores while Fry’s carries Dole. 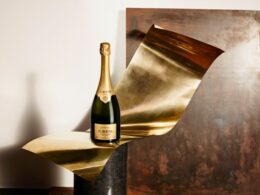 Whether you’re seeking a pretty label to gift your favorite hostess or a rich pick for your holiday table, here are 10 wondrous wines for sipping this fall season.
byMelissa
2 shares
1
0
1 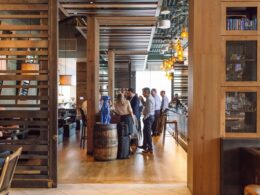 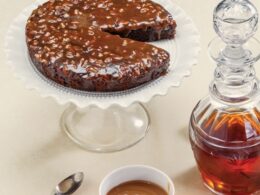 So, when I walked outside yesterday morning, it was quite chilly, prompting me to grab a scarf (which…
byEditors