Foodie news roundup for the week of July 16.
On Friday, July 20, Dutch Bros once again invites everyone to Raise One For Ryan House. One dollar from every drink sold at all Dutch Bros locations Valley-wide that day will be donated to Ryan House. Post a selfie with your drink using #RaiseOneForRyanHouse.
Cool off this summer with two for one tropical cocktails as Hula’s Modern Tiki (pictured)celebrates the return of Monsoon Mondays with tasty deals on Dark & Stormy and the Hula’s Hurricane cocktails. Hula’s Monsoon Mondays are offered weekly from 6 p.m. to close at Hula’s Modern Tiki in Phoenix and Scottsdale.
Potbelly Sandwich Shop will donate 25 percent of proceeds to Phoenix Children’s Hospital on Thursday, July 26. Dine in or take out at any Arizona Potbelly Sandwich Shop locations to help the kids and families at Phoenix Children’s.
The Montauk in Old Town had intrduced new food and drink items made for cooling off and keeping up that healthy lifestyle throughout pool season. Starting with the libations, new to the menu are the Fig Mule, the Rosemary Fizz made with Prosecco and rosemary syrup, and the Blueberry Buck made with an IPA Whiskey, blueberry syrup and ginger beer, among other tasty addition. On the food side are the new section of bowls at The Montauk with the cauliflower “fried rice” bowl, the tequila lime shrimp bowl, the orange teriyaki salmon and more. The Montauk is also launching a new Saturday promotion, offering half-off all Champagne bottles between 3 to 8 p.m.
Camp Social will be hosting a one-year anniversary celebration on Thursday, July 26, from 5 to 10 p.m. complete with free food, drink specials, gift bags, a cupcake and hot dog-eating competition and more. This event is for the entire family.
National Coffee Milkshake Day is Thursday, July 26, and The Refuge is offering buy one, get one half off of their specialty blended coffee milkshake called “The Jam.”  It’s made with peanut butter, Nutella, banana, milk and espresso and is available in three sizes.
Keeler Hospitality Group has introduced its Summer Progressive Dining Series, with the first event slated for July 26 at 5:30 p.m. For $75 per person plus tax and tip, enjoy incredible eats paired with craft beverages starting at Liberty Station and continuing via motor coach to Market Street Kitchen.  Reserve a spot here.
The Gladly and Angel’s Envy are teaming up on a four-course dinner, featuring Chef Bernie Kantak’s indulgent flavors served alongside four of the Kentucky-based artisan spirit maker’s top selections. The Gladly’s Angel’s Envy Whiskey Dinner is slated for 7 p.m. on Saturday, July 21. Seats are available for $75 per person, and seating is limited for this one-night-only affair. To save a spot, call 602.759.8132.
Chompie’s will be celebrating its 40th year in business in 2019, so all Chompie’s locations will celebrate with a full week of specials to thank its customers. From July 22 to July 28, buy one slider and get one free between 11 a.m. to close or while supplies last. Limit of four per person.
This summer, Sierra Bonita Grill at 7th Street and Glendale is extending its happy hour. Typically it’s offered daily from 3 to 6 p.m.; through the end of August, it will be available from 3 p.m. until close daily. Food and drink specials include $7 signature cocktails and glasses of wine, $7 appetizers and entrees, $5 well drinks and draft beer, and $4 domestic bottles.
National Tequila Day is July 24 and these restaurants are celebrating with can’t-miss deals. Jake’s Unlimited will have one-day tequila cocktail deals: $5 sriracha moon margaritas, $5 prickly pear margaritas and $5 Mexican moonshine margaritas. From 3 to 6 p.m. on National Tequila Day, CRUjiente Tacos‘ Premier CRU Margaritas, made with 100 percent Blue Agave Tequila, house agave syrup, fresh squeezed lime and muddled orange, will be $5. The Thirsty Camel at The Phoenician is paying tribute to the much-loved Mexican spirit by offering one of its signature summer sippers at half-off: its fan-favorite Fresca, made with El Tesoro Blanco Tequila, mango puree, chili shrub, lime juice and simple syrup. Z’Tejas is paying homage to tequila by offering half-off all tequila drinks all day. 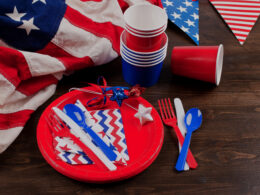 Enjoy the long weekend and celebrate Memorial Day at these restaurant locations throughout the Valley.
byTyler Hollis 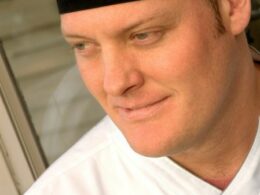 We thought culinary match-ups like this only happened on “Iron Chef.” Tomorrow, Oct. 14 at 7 p.m., Chef Beau…
byMelissa 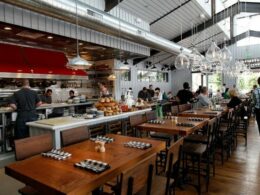 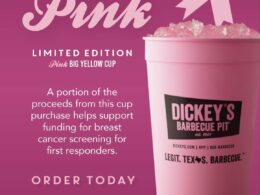