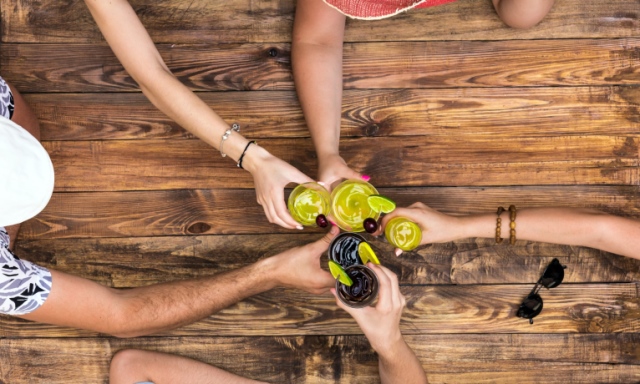 Sanctuary on Camelback Mountain has announced its new “Bar Brawl” mixology competition series. The competition launches this weekend, July 19, with match-ups of top local talent at the resort’s jade bar every Sunday through Aug. 16. Weekly winners will advance to semi-finals on Aug. 23 and Aug. 30, and the champion brawl will be held Sept. 13. Bar Brawl events will also include DJ entertainment and a new menu of “Bar Brawl Bites” at happy hour prices, starting at 8 p.m.

Each brawl kicks off at 8:30 p.m. and goes three rounds focused on a specific spirit, with the program emceed by Executive Chef Beau MacMillan and refereed by Sanctuary’s lead mixologist, Eddie Aces. Resulting cocktails are judged by a panel of local celebrities, and the winner of two rounds on any given night will move to the semi-finals. The overall winner will receive a Las Vegas getaway.