As we near the end of 2011, JWT has announced food and beverage trends to keep an eye (and taste bud) out for in 2012. (Yesterday, we spotlighted the first 10 food and beverage trends.)
Food Fairs
A couple of food trends—including foodie-ism, green markets, mobile vendors (food trucks) and affinity for local purveyors—will intersect to drive the rise of local food fairs: markets comprising vendors that focus on a few specialty dishes, eaten on the spot before moving on to the next tasting.
Honey
Look for honey to pop up in more foods—touted as a more natural alternative to high-fructose corn syrup or sugar—and treatments for everything from coughs to scars and aging skin. Vicks, for instance, recently introduced a natural formula for its NyQuil brand that uses honey as the sweetener.
Hydration Stations
As the movement to cut the use of plastic and ban the sale of bottled water grows, we’ll see a proliferation of water stations—already popping up on college campuses and in some public spaces—where people can fill reusable bottles.
Mushrooms
What’s new about edible fungi? With more varieties now populating supermarket shelves in the West, we’ll see a growing awareness that this low-calorie but highly flavorful food packs a nutritional punch. Euromonitor notes that the benefits of mushrooms—which can lower cholesterol, boost the immune system and (some say) even fight cancer—“remain woefully underappreciated”; at a time when consumers are looking to add more so-called functional foods to their diet, they won’t remain overlooked for long.
Rooftop Farming
The rooftop-gardening concept has evolved into large-scale farming projects. Brooklyn Grange, for example, is a rooftop organic farm that sells its produce in markets and businesses around New York City; in the U.K., Food From the Sky, is a similar initiative atop a supermarket in London that sells produce in the market below. And BrightFarms is a New York-based company focused on helping food merchants transform their roofs.
Screened Dining
Interactive screens are coming to restaurants, replacing menus and sometimes workers, and helping to entertain diners. Patrons will be ordering and sometimes paying using iPads and other tablets, touch screen tables and self-order kiosks. For instance, diners at a restaurant in the Manhattan department store Barney’s can order at one of 30 screens in a glass-covered communal table, then browse the store’s catalog while eating. And McDonald’s has deployed touch-screen kiosks in venues across Europe. This is one manifestation of Screened Interactions, one of our 10 Trends for 2012.
Smaller SKUs
Food and beverage brands are swinging in the opposite direction from the mega-sizes and bulk offerings they have targeted at budget-savvy consumers: Smaller sizes at minimal prices will target extremely cost-sensitive customers in the developed world. H.J. Heinz, for example, is introducing several reduced sizes at a suggested retail price of 99 cents in the U.S. and around one euro in Europe, including a 10-ounce ketchup pouch and a 9-ounce mustard. Kraft is selling 50-cent gum packs with five sticks of Trident or Stride.
Spiking Food Prices
As extreme weather wreaks havoc on crop yields, watch for already-high food prices to spike further thanks to droughts, flooding and other irregularities brought on by climate change. For example, Thailand, the world’s biggest rice producer, is expecting smaller yields thanks in part to its disastrous floods. In the U.S., drought in Texas thinned cattle herds, which will likely push up beef prices by about 8%.
Sustainable Palm Oil
The production of palm oil, an ingredient in everything from cosmetics to cookies to cleaning products, often results in deforestation and habitat destruction. Awareness of the issue is bubbling up, with manufacturers slowly switching over to sustainable palm oil or pledging to do so. Watch for brands to tout their use of GreenPalm certificates (akin to offsets)—e.g., in 2012, boxes of Girl Scout cookies will start bearing the logo—or conformance with various certification standards. 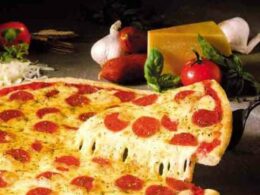 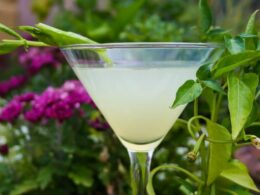 While it might be a little too hot outside to stroll the Desert Botanical Garden, it is the…
byMelissa 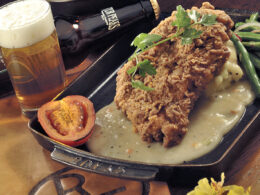 Roaring Fork’s – Dinner On Us Returns on Labor Day 2020

Roaring Fork is celebrating the end of summer this Labor Day with a buy one, get one free wood-fired favorite!
byTyler Hollis
2 shares
1
0
1 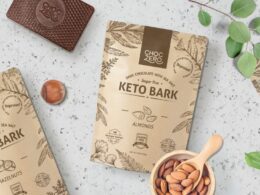