Four Peaks Brewing Co.’s “Four Peaks For Teachers” classroom-supply fundraiser is celebrating its ninth year. Not only will this year’s fundraiser aid Arizona teachers, but the program is expanding to also include Nevada and New Mexico in partnership with organizations like Treasures 4 Teachers and Teacher EXCHANGE.

The effort has resulted in the donation of more than 12,000 classroom supply boxes to date, with Four Peaks and volunteers filling 6,500 boxes to provide thousands of teachers with much-needed school supplies this year.

Those looking to participate can donate to the campaign beginning by:

Teachers can pick up their vouchers for free June 24 to June 28 at the following locations in Arizona:

Teachers will be able to redeem their vouchers and pick up their school supply kits on/at:

Teachers who are unable to collect their boxes at the times listed on their vouchers may do so on July 19 at Four Peaks 8th Street Brewery from 2 too 6 p.m. All unclaimed boxes will be donated to Back 2 School Bounty and will be hand-delivered to  schools across Arizona in need of supplies. 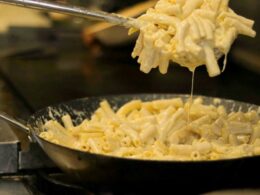 By Elaina Verhoff As we all cope with our current reality under COVID-19 lockdown, food has taken on…
byMelissa 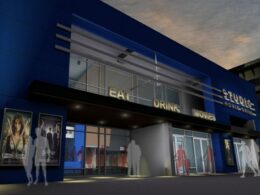 Dine-in movie theaters are becoming a popular attraction in the Valley, and the soon-to-open Studio Movie Grill is…
byMelissa 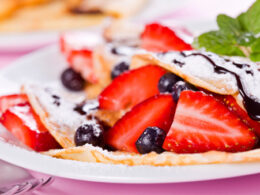 There is now a unique concept for locals who love to run–and a delectable brunch. bRUNch Running hosts…
byMelissa 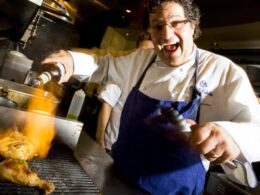 Don’t you want a belly full of Eddie Matney’s eclectic eats when the clock strikes 12 a.m. on…
byMelissa