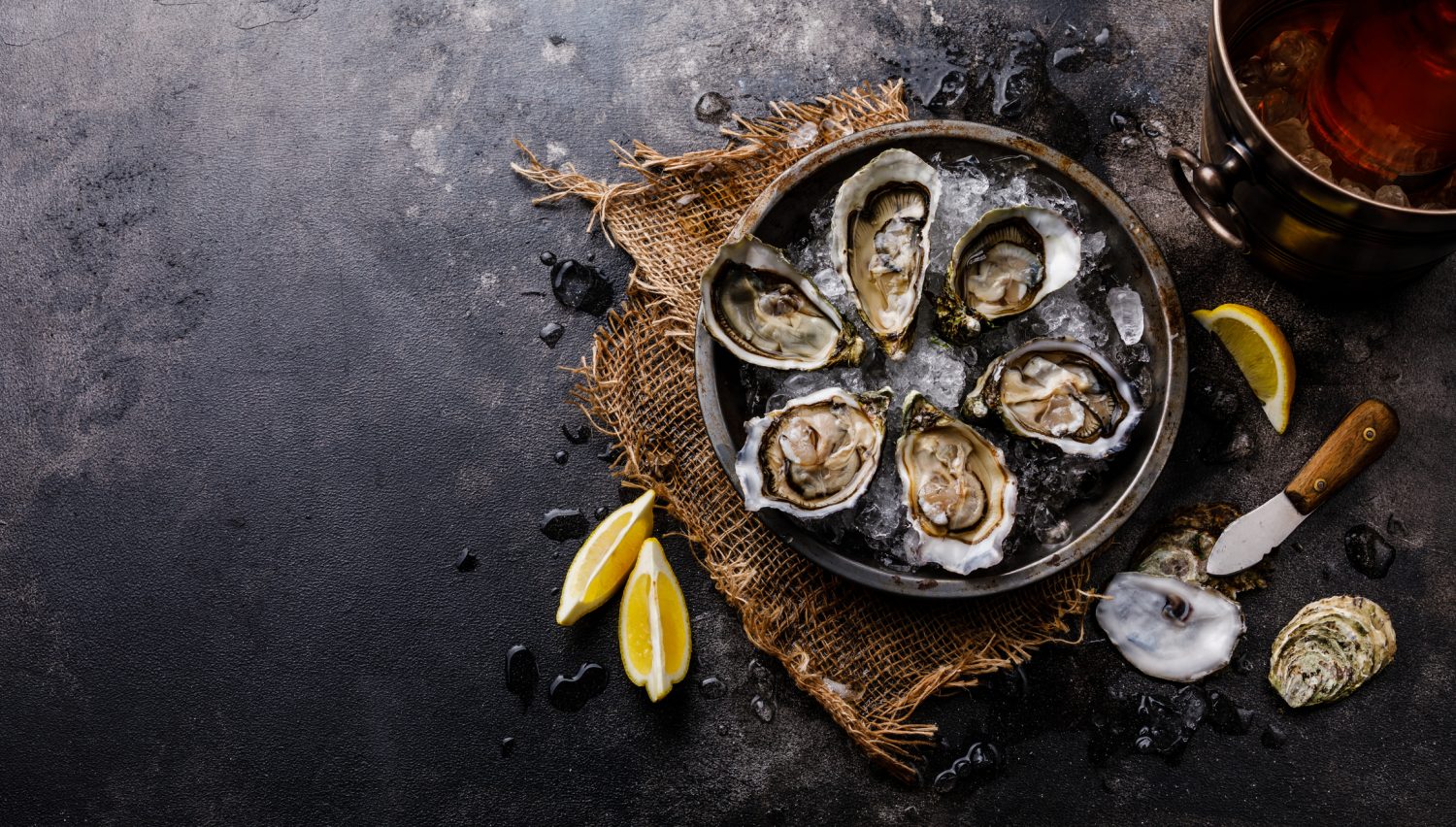 Happy National Oyster Day! In honor of this holiday, Mike Bouwens, executive chef of Scottsdale’s MODERN OYSTERBAR CHOPHOUSE, takes us to school on this divine delicacy.

You’re walking through the grocery store and you glance over and notice some oysters sitting in the fresh seafood case and decide that maybe you will take some oysters home for a mid-afternoon snack. You remember that the last time you had this harebrained idea it ended with a trip to the hospital to remove the broken butter knife from the palm of your hand. You then decide to pass on the idea and just head to MODERN OYSTERBAR CHOPHOUSE and let the experts do the work. It doesn’t have to be that way though. With a little practice, you can be a pro at shucking oysters as well. Here are a easy few tips for shucking at home.

Each oyster has a unique taste and texture depending on how it is grown and the conditions that it was grown in. There are briny oysters and mild oysters, petite oysters and XXXL oysters such as Fat Bastards (yes, that is their actual name), east coast and west coast. It can become very confusing if you don’t know what you are looking for or what you like. Let’s focus on the first key factor here—freshness! If the oyster is open, it is already past its prime and you should move on. Also look at the amount of liquor in the shell, after you have shucked it. If there is little to no liquid and the meat is sticking to the shell, you will most certainly want to pass on that one as well. A fresh oyster should smell like the ocean and have just a sniff of a metallic scent to it. All oysters come with an oyster tag, so ask to see it. The tag will have the species of oyster, where it was harvested and when it was harvested.

So now that you have picked the freshest oysters you can find, now what? First, give them a good rinse to remove any mud or debris. Remember, don’t submerge them in fresh water; the oyster will drown.

Now, its time to shuck those bad boys. Here is what you will need: a good strong oyster knife (not the butter knife), a kitchen towel that is folded in half and in half again or a steel mesh glove. On a flat surface, put the oyster in the towel and fold it over the front of the oyster leaving the hinge exposed. Or, if you’re using a glove, place the palm of your hand on top of the oyster. Shimmy the knife blade, pointed down, into the hinge until it feels secure. Then twist the knife like you’re turning a doorknob to pop open the shell. Don’t pry up and down. If the hinge is obscured or busted, push the tip of the blade into the right edge where the adductor muscle is attached. Slide the blade across the inside of the top shell to sever the adductor muscle. Remove the top shell, then slide your knife under the bottom and sever and dislodge the oyster from the bottom shell. Do your best to make it pretty. One handy trick is to flip the meat over and expose the belly meat. Also, make sure that you remove any shell that gets dislodged during the shucking.

Now you’re finally ready to slurp those delicious morsels down however you prefer them. I like to eat the first one all natural and then determine what accouterments to put on them from there.