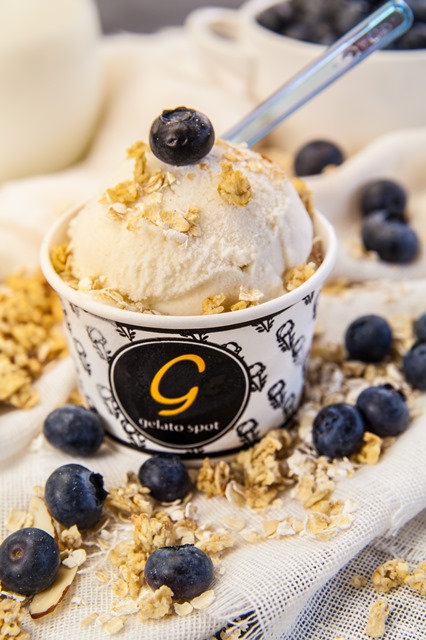 August 1 marked the kick-off of The Gelato Spot’s 2014 Gelato Wars. Ten of the Valley’s most popular chefs were invited to create a one-of-a-kind gelato concoction for Gelato Wars–and all for a good cause. Held at all three Valley Gelato Spot locations (Phoenix, Biltmore and Old Town), and at participating chefs’ restaurants, the 2nd Annual Gelato Wars will take place from August 1 to August 31.

The chef who sells the most gelato at all three Gelato Spots combined will receive a custom molded gelato cone trophy, $500 cash and have a $5,000 check presented on their behalf to Make-A-Wish Arizona.

Though all the flavors are truly delicious and unique, more adventurous gelato-eaters will savor the spicy MOD Mole (with homemade Nutella) and Chef Carter’s Sweet Corn offering, which is fragrant with truffle. Kids will adore the sweet, berry-ful Buttermilk Pie with Wildberry Sauce. Other standouts include the Camelback Crunch and the simple yet scrumptious Honey Toasted Almond Biscotti. www.gelatospot.com.