Trendsetter to Know: Scott Johnson of The Salvation Army

A typical day in my life includes… Promoting the many ways in which The Salvation Army helps our neighbors in need: food for the hungry, clothing and shelter for the homeless, disaster and heat relief, senior activity and outreach, adult rehabilitation, and opportunities for underprivileged children.

I was born… in Rapid City, South Dakota.

My favorite thing about my city… I love Phoenix for its warm weather (though this summer has been brutal), great people and many options for things to do.

I’m currently listening to… I’m a product of the ‘80s. I will never stop listening to ‘80s rock.

My family… An amazing wife and two hilarious dogs. I also have three sisters and a brother.

If I could have dinner with anyone, it would be… Scott Van Pelt, ESPN SportsCenter anchor. I love sports, and he seems like he has a great sense of humor. I think it would be a fun conversation.

When I was younger, I wanted to be… A national sports radio play-by-play man

I’m inspired by… My parents, the two most incredible people on Earth, in my eyes

The one person who motivates me is… my wife.

The perfect day would be… Exploring a foreign land and culture with my wife.

My first job was… at McDonald’s. I think I lasted about three months.

My favorite escape… Being outdoors … kayaking, for one.

My life… is blessed.  I have a loving wife and family and great friends. What else does a person need?

I’m currently working on… The Salvation Army’s holiday efforts, specifically, our “Rescue Christmas” initiative. For the first time in 130 years, The Salvation Army started its annual holiday fundraising campaign in September, because the funds we raise through our iconic Red Kettles are at risk this year due to COVID-19 during a time when requests for services are at an all-time high.

The Salvation Army could serve up to 155 percent more people nationwide this Christmas because of COVID-19, but we could see up to a 50% decrease in funds raised through our Red Kettles due to economic impacts from COVID-19, such as closed retails stores, less retail foot traffic, and people carrying less cash and coins. So, we need more time and help.

Donations to the Red Kettles comprise 19 percent of gifts to The Salvation Army in the Valley for the entire year, helping assist more than 200,000 people annually, so we are hoping people will help The Salvation Army “Rescue Christmas.”

Always… believe in yourself.

Favorite quote: “You will never reach your destination if you stop and throw stones at every dog that barks.” – Winston Churchill

My biggest dream is… a world without hate.

More About Scott Johnson:
Scott Johnson has been the Public Relations Director for The Salvation Army Southwest Division (based in Phoenix) since 2017, overseeing public relations initiatives and activities throughout the greater Phoenix area, as well as the rest of Arizona, New Mexico, and Southern Nevada, working with the Divisional Commander and Divisional Development Department, Corps Officers, nearly four dozen Corps Community Centers, Service Centers and Service Extension Units to enhance the awareness of The Salvation Army.

During his time with the Globetrotters, Scott had a hand in the team’s return to several national TV specials, promoted the team breaking of dozens of world records, and even publicized a meeting with Pope Francis as he was named an Honorary Harlem Globetrotter, recognizing the pontiff’s humanitarian efforts and commitment to bridge gaps between people of various cultures.

Scott spent 12 years in the Continental Basketball Association (former developmental league of the NBA), wearing many hats at the team and league level including radio play-by-play, assisting in PR, basketball operations, and coordinating travel and expenses.

Scott started his career as a radio sportscaster. 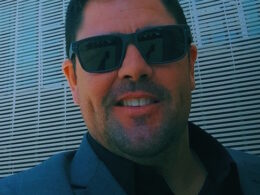 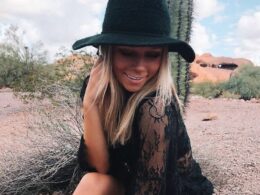 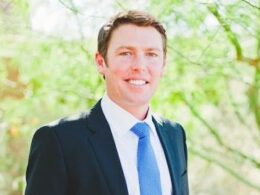 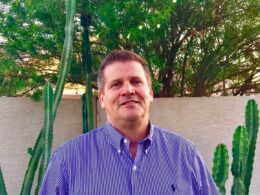