Trendsetter to Know: Ron Blake of the Blake Late Show

A typical day… involves numerous hours of walking up to and involving dozens of complete strangers to contribute their amazing stories (in 94 languages) to my social practice art project on this now full-time five-year cross-country odyssey.

I was born… in the blue-collar steel mill community of Gary, Indiana. Just outside Chicago. The birthplace also of Michael and Janet Jackson and hometown of legendary Oscar-winning actor Karl Malden.

My favorite thing about Arizona… was that it was the last state in the continental U.S. to enter the country. Everything was well established in the nation by 1912. And then Arizona shows up. The outsider. That scares people. The outsiders usually have to work harder than the rest to get a foot in the door. But it’s often those types who change the world. Sort of like Kevin Bacon’s character does in Footloose. That’s my favorite thing about Arizona even to this day. Proudly still. The outsider.

I’m currently listening to… what people think of me less and less as I get older. Maybe…just maybe…that’s why I’m becoming more and more successful.

Dinner with anyone?… I would like it to be with a person quite likely far, far away. I’ve been intrigued by space and physics throughout my light-years here in the Milky Way. I was taught by my astronomy professor at Indiana University that the universe is infinite. So…I always took that to mean the possibilities are infinite. Right? Which means there are people out there. On another planet. Another galaxy. Someone who will sit with me at that table for two. How Mandalorian cool is that!

One thing I cannot live without… is hope.

When I was younger I wanted to be… anyplace. Except where I was. I feel that generally describes all of us. We can’t wait to get out of our little ole towns. We finally leave. And then. When we are older. We spend the rest of our time trying to get back to those little ole towns. If only in our minds. To relive those youthful carefree days. You only get one hometown. Don’t knock it.

I’m inspired by… individuals who are able to laugh beyond a tragedy. Comedy is not the absence of trauma. It is the ability to take our trauma and still find a way to laugh. LOL!

The one person who motivates me… is me. I’ve come a long way since a trauma. A group of men entered my home one night as I slept. I was held down. Raped. And almost killed. I look back at some of my accomplishments since that evening.

Been through extensive physical therapy. Gave a TEDx talk about determination. Testified before a Senate Judiciary Committee to help pass a sexual assault bill. Spoken at 27 colleges. And received a letter from Pope Francis for my inspirational work. I am motivated every day by what I have achieved and overcome. It keeps me going.

If I could change anything in the world... it would be with a smile.

The perfect day would be… not so perfect. Michael Strahan’s gap-toothed grin. The Leaning Tower of Pisa. Grumpy Cat. They are all endearing to us. Because they are different. They don’t need fixing. The world is perfect because it is not. It is perfectly imperfect.

My first job was… as a newspaper carrier when I was 11 years old. That neighborhood job eventually passed down to two of my younger brothers over time. The paper route was in our family for nearly 20 years. The Blake Boys Midwestern Work Ethic!

My favorite escape is... through my writing and my running. Frequently, I get ideas for creating stories when out on my jogs around the park. I’ve written over 200 stories for a variety of publications. In addition to completing five marathons and dozens of 5K races.

My life… is far more fun when I find sophomoric ways to work the (outer space) words galactic bulge into cocktail party conversations.

I’m currently working on… speaking out at events all over the nation working on eliminating toxic masculinity in our society. To encourage men and boys to no longer remain silent. And to feel comfortable talking about traumas that happened to them. So they can heal from experiences such as sexual and domestic abuse.

Always… know you are not alone. Take it from this PTSD survivor. We all walk the path together.

Never would I change anything… in my life. La mala y la buena. I embrace it all. Gosh. If I started removing some of those bad moments from my past; something even more horrible might replace it. I am married to this one life I have been given. I will accept it just as it has been. For better. For worse.

Favorite quote… “When you want something, all the world conspires in helping you to achieve it.” From the book The Alchemist by Paulo Coelho.

My biggest dream… is to finally become a guest on The Late Show with Stephen Colbert. I’ve spent 14,000 hours of my life trying to make this a reality. To deliver a now-massive collective story of hope and support with me. The journey all began with a moment of laughter (from that show) I had on a suicidal night five years ago. Very symbolic to get there one day and inspire people. This odyssey has given me a purpose in life and assisted me in overcoming PTSD as I have helped many others in their recovery.

My pet peeve… is when folks do not use subject-verb agreement correctly in their everyday speaking. There are too many people guilty of this grammar peccadillo. I notice it, Haley Joel Osment. It’s probably a sixth sense leftover from my time as a high school physics teacher. 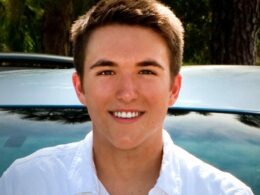 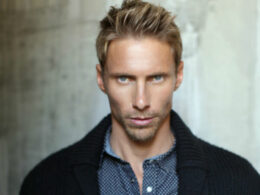 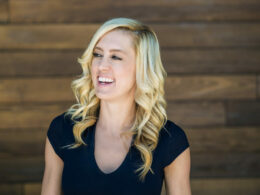 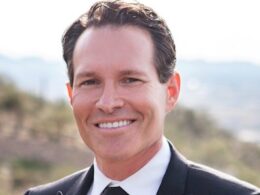