Trendsetter to Know: Peter Volny, Founder of Concours in the Hills

Name: Peter Ivan Volny, but my wife calls me by another name which I’m sure you would not print.

Title: Founder – Concours in the Hills

Married: Married for 43 years to the most patient person in the world.

Kids: None, as my wife has had a headache since I slipped the ring on her finger.

City you live in: Fountain Hills – the best views in the valley.

A typical day in my life includes: A light breakfast reading the Wall Street Journal, followed by a 7-mile run, half an hour of weights, followed by organizing car events.

I was born: Yes, and most who have met wish I hadn’t been.

My favorite thing about Arizona: The heat. My wife claims we moved here so that I could acclimatize to my final resting place.

I’m listening to: I like everything from country to classical, except for rap.

My family: Sadly just a wife. I wish my parents were alive as they were both so much fun, and I think they’d be relieved that I’m not in jail.

If I could have dinner with anyone, it would be: Ronald Reagan, but if it was dinner and breakfast then Jennifer Lawrence.

One thing I cannot live without: This is so sucky, but my wife.

I’m inspired by: Many friends who are smarter, kinder, and more talented than me.

The one person who motivates me is: My wife, who keeps me on track and ensures balance.

If I could change anything in the world, it would be: Well it’s a very long list but let’s go with something simple – getting people to do what they say they’re going to do, and doing it properly.

The perfect day would be: Bacon and eggs on the balcony of a penthouse in Monte Carlo, a spirited drive in a 275GTB/4 Competizione on those fabulous mountain roads, culminating with dinner at a restaurant with a view over the Valley.

My first job was: A summer job selling pajamas in a department store. That was when people actually wore pajamas.

My pet peeve is: People who don’t do what they are meant to do, and don’t do it properly.

My favorite escape is: Traveling – anywhere, anytime but with my wife.

My life is: A roller coaster, not for its ups and downs, but for the fun and thrills.

I’m currently working on: Concours in the Hills, the Ferrari Club, a few other car events, and planning trips.

Always: Treat others as you’d like to be treated.

Bio on yourself: Peter Volny is the Founder of the Concours in the Hills that will celebrate its 9th year on Saturday, February 4, 2023 in Fountain Hills, Arizona. Peter’s career included growing one of Canada’s most successful advertising agencies, Griffin Bacal Volny, whose clients include many major players in the automotive field. He’s been an editorial advisor and regular columnist for several magazines. Peter has helped raise over $1 million for Phoenix Children’s the past nine years through Concours in the Hills. 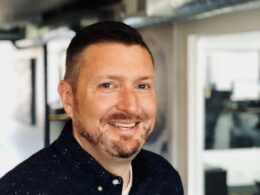 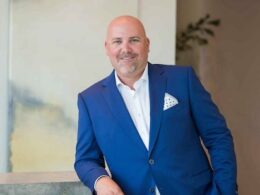 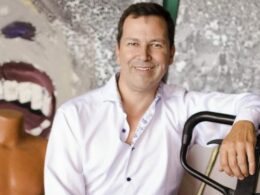