Age: Same age as last year, but a year older. Also, old enough to know better than to answer this question.

Title: I have the distinction of the longest title at Goodwill: Executive Vice President, General Counsel, Chief Compliance Officer and Corporate Secretary

Married/Single: I won the lottery of husbands and have been married for almost 25 years to my very first boyfriend and the love of my life!

City you live in: Scottsdale

A typical day in my life includes… Waking up around 5:00 a.m., making the bed first thing, reviewing the day’s organized schedule, having it explode by 8:02 a.m., reprioritizing and pivoting, laughing with and enjoying my colleagues and the work we do to “End poverty through the power of work”, developing future leaders, fitting in lunch and exercise when possible, thinking over the day in the evening and expressing gratitude to those who went the extra mile, and getting ready to do it all over again!

I was born… At my grandparents’ home a long time ago in a beautiful land far, far away called Ludhiana, Punjab (India). I decided to make my arrival before the doctor was able to get there!

My favorite thing about Arizona… Having moved here from the frigid winters of Chicago, playing tennis and hiking in January outside, while enjoying the beautiful terrain and desert landscape.

My family… Is the source of my super powers and brings me my greatest joy, even when we cannot agree on what to order for dinner!

If I could have dinner with anyone, it would be… Shah Jahan I, the fifth emperor of the Mughal Empire in India, who commissioned the Taj Mahal monument for his wife. I would want to understand the era of his reign in the 1600s and the vision he had for creating many of the most iconic contributions to architecture.

One thing I cannot live without… My husband (and my magic hair serum).

When I was younger, I wanted to be… An airplane pilot. I still do.

I’m inspired by… Accomplished people who remain humble and still take the time to make a difference in other people’s lives.

The one person who motivates me is… My very smart and strong mom, who worked and raised a family while earning her college and master’s degrees and taught me I can do anything.

If I could change anything in the world, it would be… The inability of people to appreciate the beauty and magic in other cultures.

The perfect day would be… A sunny day relaxing on the beach in Honolulu, Hawaii.

My first job was… Delivery papers in our neighborhood because my lazy older brother would not do his job – I made sure he paid me!

My favorite escape… Watching Audrey Hepburn movies and admiring her grace and artistry.

My life… Has been very happy and fulfilling and hopefully has many more years to go yet.

I’m currently working on… The list of what I am not working on is considerably shorter.

Always… Appreciate others and treasure family and loved ones. 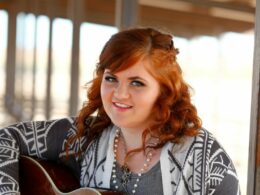 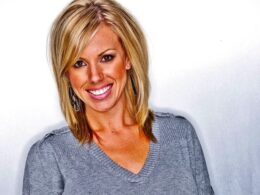 Meet Veronique James, President of The James Agency, as she talks about her high heels, integrity and everything in between.
bykbolton 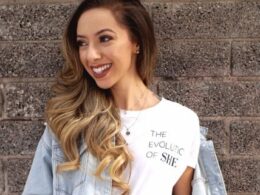 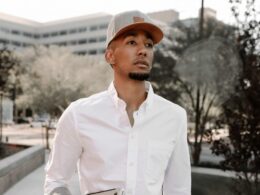