Kids: I have two girls who are all grown up.

City you live in: Gold Canyon

A typical day in my life includes… Get up, have one cup of coffee. Head to the production office and work on my films completed and upcoming projects. Push my agents to get me projects.

I was born… Rochester, New York

My favorite thing about Arizona… Everything from the color of the mountains, the rocks, and the cacti plus the way the desert smells.

I’m listening to… Eric Clapton and the Beach Boys and the Blues.

My family… I live in Arizona, and my two girls live in other states.

If I could have dinner with anyone, it would be…Anna Faris

One thing I cannot live without… Curry Chicken

When I was younger, I wanted to be…A major league baseball player.

The one person who motivates me is… Myself

If I could change anything in the world, it would be…
That is a good question. Where should I start?

Bring jobs back to America, provide health insurance, and making sure we are taking care of the elderly. Also, social security benefits increased when you retire, so you don’t have to struggle with the bills, and you will have enough money to provide for yourself through the twilight years of your life.

The perfect day would be… Enjoying a cup of coffee in the morning outside in the brisk air, followed by a 2-hour massage. Then play a round of golf at Dinosaur Mountain. A killer diner with a special someone followed by seeing a great movie on the big screen at a movie theater.

My first job was… Flipping burgers and steaks at the Lumbs Restaurant in upstate New York.

My favorite escape… Vacationing at the Crooked Island in the Bahamas and the Buck Island in St. Croix, the US Virgin Islands.

My life… Is complicated and extremely busy. I completed three films in about 18 months. Also, I have another film in development with two television streaming shows in the works.

Always… Enjoy every day of your life. Live life to the fullest as if it could be your last.

Favorite Quote… My quote – The smell of the greasepaint and the roar of the crowd – nothing else in life even comes close!

Biggest Dream… To visit Mars and then head off to Proxima Century 4.3 light-years away.

My Pet Peeve(s)…  Being lead on, fighting with your significant other, and people who constantly over talk you.

More About Michael Saquella:
The son of Italian immigrants, Michael Saquella was born in Rochester New York, and raised in nearby Fairport. When he was 14, his family took a vacation to California when he stumbled upon the Lucky Lady ​    ​movie set and was able to have a brief conversation with the legendary Burt Reynolds. Saquella asked his advice on how to get started in the movie business and Reynolds responded with wisdom that he has carried with him ever since “follow the stars and harness a great feeling.”

After returning to New York, Saquella concentrated on his other passion: baseball. Making a name for himself on the field at Fairport High School, he earned the opportunity to further his education and continue his playing career at Arizona State University.

During his time in Tempe, Saquella would ride by the theatre every day on his way home from practice, and eventually, the drama coach convinced him to audition for a play. Though he was hesitant, Saquella landed the lead role. When the curtains went up on his first performance, he realized he had officially been bitten by the acting bug. That experience changed the course of his life and he began building a career in the entertainment industry.

It didn’t take long for Saquella to find success on-stage as a stand up comic as people took notice of his big personality and quick wit. He was invited to open for some of the industry’s biggest names such as Charro and Tony Bennett. With his eye set on success on the big screen, Saquella​ began his film career as a producer on several films including Terror on Tour ​and Home Sweet​ Home ​to name just a few. ​ ​He first stepped in front of the camera with a role as Nick Polini in

Second Chance ​and went on to bring his talent to a number of other film roles such as Lady​ Blues, News Traveler ​, and Desert Rose, ​​which he also directed and produced. Saquella’s big break came when he was cast as Angelo Nitti in Forget About It ​   ​alongside Burt Reynolds. The cast also includes Hollywood legends Charles Durning, Raquel Welch, and Phyllis Diller. Working on the project was a true full-circle moment for him as his dream of working with Reynolds came true.

In addition to his work in front of the camera, Saquella is a talented director and screenwriter who has spearheaded many projects under the banner of his production company, Cactus Blue Entertainment. His notable directing projects include Blue Lake Butcher, ​which he also wrote and starred in.

The story follows Saquella’s character Marcus who is traumatized after witnessing his father kill his mother, only to find himself in the same situation years later with his wife. He also directed the crime drama Ambush at Peck Canyon.​

As the film industry continues to evolve, he is constantly finding new projects to showcase his talent after nearly 40 years in the industry. Saquella produced and played the lead in El Coyote,​  where he starred as an ex-mafia boss who finds himself in witness protection. The all-star cast also includes veteran actors Robert Costanzo and John Capodice.

He will next be seen as the lead in Dream Round opposite Richard Grieco, ​ ​which chronicles the struggles of man after he loses his wife and children in a car accident. The film will be released digitally and on DVD on November 10​th​. He is also set to return to directing with the upcoming sci-fi film Carolina’s Calling​, which stars Antonio Sabato Jr., Stacey Dash, Savanah Moss, and Jacob Hopkins. It is set for release in 2021.

When he is not busy acting, writing, or producing, Saquella loves to cook, relax at his cabin, and watch sports. He also enjoys traveling and has visited all 50 states along with several countries, including Italy where he spent time in his parents’ home city of Naples. Saquella currently resides in Mesa, Arizona. 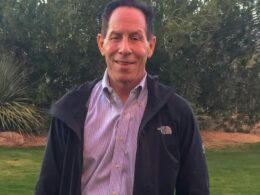 Meet Care Home Manager of Oakmont Assisted Living, a luxury assisted living facility in Scottsdale built from the ground up to provide a higher standard of living for its residents.
byKarah Van Kammen 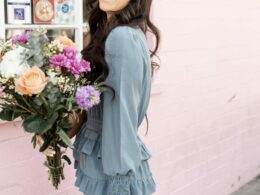 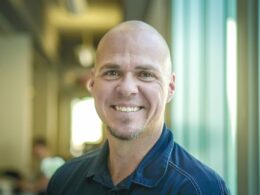 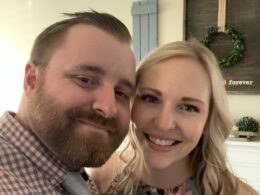