The lights dim, and the crowd goes wild. Two guitars and a Wild Tonic kombucha in hand, Lee Perreira prepares to spend an hour and a half captivating his audience playing music from his album “Whats That Gotta Do with My Dreams?” as well as a handful of unreleased songs.

With every guitar riff and lyric that resonates with each member in the audience, we are swept away by the pure talent we witness on the Musical Instrument Museum stage, and all rise for a standing ovation.

Born in Long Beach, California, Perreira was surrounded by musical influence through his mother and grandparents. His mother was known to listen to guitar-driven music such as Guns & Roses and the Motley crew, while his grandfather listened to Bach and Beethoven.

When Perreira’s grandparents gifted him a Synsonics Terminator guitar, he knew he had a love for music, and his musical talent began to bloom.

At age twenty-five, Perreira enrolled in the School of Music at Phoenix College after experiencing unemployment during the housing market crash and a temporary job at a call center for student loan applications. “The professors showed me what it’s like to be a professional and how to act for the gig that you want,” says Perreira.

At the end of his second year, he taught guitar lessons and played gigs three to four times a week and had been doing so ever since. He wrote every song on his most recently released album and said that they come from things he experiences.

“I need to tell my story but tell it in a way that people can connect to as well,” says Perreira.

In the wake of COVID-19, Perreira found himself playing less and less as shutdowns across America ensued.

Pre COVID-19, I was playing over 300 gigs a year, so now I am playing about half of what I used to, but I am making my way and super blessed to have what I do right now.

Perreira has spent the last several months putting himself in an environment to learn. Investing in himself and knowing what a routine looks like has been difficult and challenging, but Perreira says that he likes to refer back to “the four P’s,” power, purpose, production, and passion.

So, every day, I must invest in my physical well-being (power), my mental and spiritual well-being (purpose), my business or career (production), and my relationship (passion).

When I do that, not only do things tend to get done, but I tend to be a nicer, more patient, human.

When not working on himself, Perreira is helping others. A massive fan of television host, actor, and comedian Ellen DeGeneres, Perreira decided to do a series of video diaries in hopes of getting in contact with her team in 2018.

I started seeing very clearly that I can make a difference by seeing smiles on children’s faces and patients coming out of slumps from music.

As March of 2019 rolled around, Perreira decided to run 16 marathons in 16 days to raise money for three charities he worked with within the town. Since the start of his 501c3 Non-Profit 16×16 Inc, he has raised over 25 thousand dollars by running these marathons and was dubbed the ‘Marathon Musician.’

On day 11 of the marathons last year in 2020, I saw an older couple in their 60s or 70s while I was jogging, and they asked, ‘you’re the marathon musician? We saw your news story on channel three last night, and we think you are incredible.’

I almost just started crying. I needed to hear that. As I came back around, I just said you guys have no idea how much I needed that.

As Perreira navigates his life and career as a musician and entrepreneur, he strives to stay focused on what moves his life forward. Daily, he opens his orange Panda Planner and organizes his day.

He writes down his top five goals for the day and his daily affirmations. 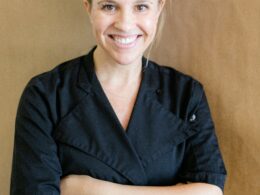 Checkout the first part of our new "Mother's Day Series," as we highlight Stacey Weber and her thriving business.
byTyler Hollis 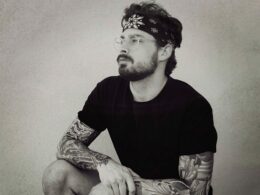 Canvassing the World for Inspiration: Up and Coming Artist, Kevin Neiman

Meet artist Kevin Neiman, an up and coming abstract and contemporary artist who drives his inspiration from our Arizona landscapes.
byTyler Hollis 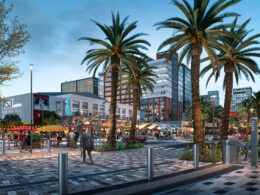 The new ASU Novus Innovation Corridor development in Tempe is estimated to bring 34 thousand jobs and over $2 billion in economic surplus to the Valley.
byTyler Hollis
17 shares
16
0
1 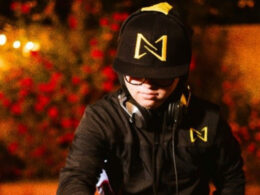 Meet DJ MPower, a 22-year-old local Scottsdale DJ who is breaking barriers in the music and EDM industry here in Arizona.
byTyler Hollis