Website: www.heyjasonjune.com or you can sign up for my newsletter where I’m way more verbose and give thoughts on writing, books, and Laura Dern at heyjasonjune.substack.com

Age: 33, but I was born with the heart of Angela Lansbury circa Murder She Wrote so I feel more like I’m in my sixties and meant to live in a quaint little town clacking away at a typewriter.

Married/Single: Married! And this year marks 10 years that I’ve been with my hubby, 4 of which we’ve been married. Shoutout to Supreme Court Justices Kennedy, Ginsburg, Breyer, Sotomayor, and Kagan for making that possible!

Kids: No children for me. I love kids so much—I mean, I write for them and hope to spark their imagination and humor and heart—but I don’t think I have the gumption required to be a parent.

City you live in: Austin, Texas, although I’ve been indoors all year so I’ve forgotten what this place looks like!

A typical day in my life includes… way too many callback quotes to Real Housewives. But whatever, I own it.

I was born… on a rainy Thursday night while my mom watched Cheers. I’m convinced my love of laughter was also born that night thanks to the laugh track playing along to Shelley Long and Ted Danson and my mom’s Lamaze breathing.

My favorite thing about Arizona… is that my parents just moved there and now it’s a whole new state I get to explore!

I’m listening to… BLACKPINK! I absolutely fell in love with K-pop this year and this foursome just exudes power and talent!

My family… is so prone to impromptu singing that I often wonder if we’re living in an episode of The Partridge Family.

If I could have dinner with anyone, it would be… the Jennifers: Jennifer Aniston, Jennifer Garner, Jennifer Hudson, Jennifer Lawrence, and Jennifer Lopez. I mean, just think of all the stories these five would have about being powerhouse women in Hollywood. They also make up my ideal book club members.

One thing I cannot live without… is my Pomeranian, Pom Brokaw!

When I was younger, I wanted to be… a mermaid. It’s (more than) half the reason I’ve grown my hair out and live on a lake and own a mermaid fin.

I’m inspired by… queer kids who need to see themselves in books. When I was young, the options for reading stories by and/or about queer writers were unacceptably limited.

I feel so lucky and honored to be a part of this generation of LGBTQIA+ writers creating books about our experiences so that queer kids know they are loved and seen and celebrated. I really hope readers feel that joy in JAY’S GAY AGENDA, my young adult debut publishing in June.

The one person who motivates me is… my Grandma Joan. She passed just after I got my first book deal, but she always knew I was going to be a writer. We’d go and visit her over the summers in Billings, Montana when I was a kid, and as soon as we’d arrive she’d point me toward the typewriter she’d set up with a huge stack of paper and say, “Get to writing, John Grisham.”

I went more the Judy Blume route, but I know she’s cheering me on, wherever she is.

If I could change anything in the world, it would be… our society’s limited understanding of gender. We’re getting better where there is more conversation about how so many of us live outside or in-between the gender binary, but we still have a long way to go.

I’m a femme genderqueer person, and I’m always happy to explain my gender expression to people who are truly coming from a place of love and wanting to understand, but also the amount of times I get told I’m going into the wrong bathroom is exhausting.

The perfect day would be… the day I get cast to play Laura Dern’s sister in anything. A commercial, a TV series, a spur-of-the-moment play we put on in my backyard, you name it.

My first job was… selling jeans at Buckle!

My favorite escape… has got to be “The Sweetest Escape” by Gwen Stefani.

I’m currently working on… my second young adult novel, coming out in summer 2022. What it’s about is currently under wraps, but when I tell you I’ve been preparing for this story my entire life…!

Always… remember to tell the people you love that you love them. I’m in love with love, so to have a Valentine’s Day picture book out (PORCUPINE CUPID, illustrated by Lori Richmond), is a total author bucket list moment.

Never… share a bathroom with your spouse. Bette Davis has said it, Joan Collins has said it, Michael Caine has said it. The secret to a happy marriage is keeping that mystery alive…

Biggest Dream… It would just be an absolute honor to make a best-seller list someday!

My Pet Peeve(s)… The letter C! Stop acting like we need you, C! You make a K sound or an S sound. At best, you’re useful when paired with an H, but let’s just get a whole new letter that makes the CH sound instead of masquerading like C was really a brilliant letter choice.

More about Jason June:
Jason June (it’s a two-name first name, like Mary-Kate without the hyphen or the Olsen twin) is a genderqueer writer mermaid who loves to create picture books that mix the flamboyantly whacky with the slightly dark, and young adult contemporary rom-coms full of love and lust and hijinks.

When not writing, JJ zips about Austin, Texas. He loves dinosaurs, unicorns, Pomeranians, and anything magical that takes you to a different world or time. JJ is a tried and true Laura Dern stan, and he is actively looking for an Andalite friend. 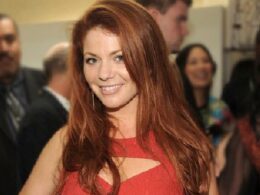 Meet Allie, you won’t catch her anywhere without a few girlfriends by her side, laughing, and enjoying life.…
bycchildress 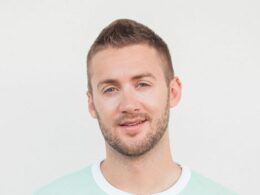 Meet Robbie Tripp, the entrepreneur behind Tripp Creative, author of Create Rebellion, and a TEDx speaker who has been featured in The New York Times, Forbes, Good Morning America and TODAY.
byKarah Van Kammen
13 shares
13
0
0 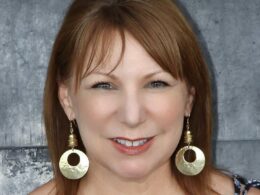 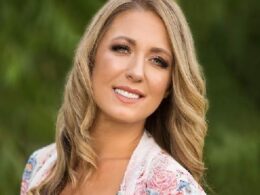