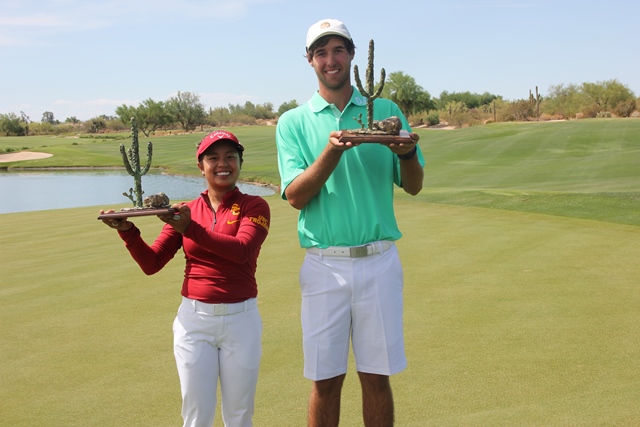 Every Memorial Day weekend since 2000, nearly 80 of the world’s top junior golfers ages 12 to 19 have gathered at Grayhawk Golf Club to compete in the Thunderbird International Junior. And this year’s event proves to be just as exciting.

The three-round tournament will be played Saturday to Monday (Memorial Day weekend) May 26 to 28 with tee times each day 7:15 to 9:15 a.m. An awards luncheon recognizing the 2018 Boys and Girls Champions will be held after the final round on Memorial Day 11:30 a.m. to 3 p.m.

“We’re looking forward to this year’s event,” says Joe Shershenovich, director of golf for Grayhawk Golf Club, in a press release.  “As one of the most competitive junior golf tournaments in the world, it’s truly amazing to watch these young men and women perform. And spectators are welcome to drop by and check it out as well at no charge. There’s a chance they’ll see the next Ricki Fowler or Jordan Spieth.”

Consistent with The Thunderbirds’ charitable charter (the event was launched through a partnership between the Phil and Amy Mickelson Charitable Fund and The Thunderbirds), every year each player in the field designates a benefiting charity, and The Thunderbirds donate $1,000 to that charity in their name. This serves to reinforce The Thunderbird’s aim to improve the quality of life in Phoenix-area communities. To date, The Thunderbird International Junior has raised nearly $300,000 for charity, solidifying the tournament as a philanthropic engine as well as a world-class golf event.