Before I laid down my yoga mat in Alex Austin’s “Phenomenal Flow” at The Madison, my mind was being its usual monkey self, jumping from one to-do list to another. But as soon as Alex started talking us through the movements in that way that only Alex can — I swear he has hypnotic powers — everything melted away.

Have you ever tried Alex’ yoga class? I used to take it at At One Yoga and even back then he had a rock-star following. The groupies would pack in like svelte sardines. They still do. And the hip environment of the Madison only accentuates Alex’ smooth moves and even smoother modulations.

So what makes him such a sought-after teacher? I’m sure the answer depends on whom you ask. There’s his it’s-all-good-no-worries-keep-smiling vibe that shines through with every vinyasa. And then there’s his sing-song voice—and what a voice it is! It’s not something they can teach in teacher training… it’s all Alex. He can instantly transport you into a downward dog daze. And then there’s his music, a playlist that always pushes me just a tad more. I swear he was either a hypnotist or a DJ in another life.

Speaking of which, here are some of Alex’ feel-good favorites:
∞ For All by Far East Movement
∞ Hall of Fame by The Script featuring will.i.am.
∞ Diamonds by Rihanna
∞ Keep Your Head Up by Andy Grammer
∞ Dr. Feel Good by Travis McCoy featuring Cee lo Green

Alex’s class managed to yoga me into another world – just what I needed around the hustle and bustle of the holidays. So long holiday stress, hello breathing and bliss.

Oh, and your first class at The Madison is FREE 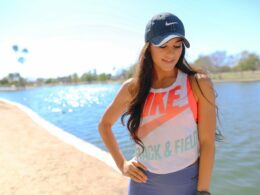 How to measure your progress

Most people tie their fitness and nutrition success to the scale. However, the problem with the scale is…
byMadison Murray 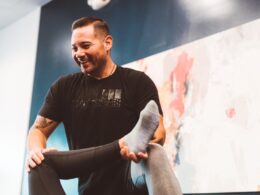 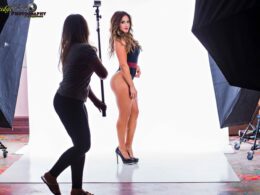 Fit Method tip of the week: Plyometrics and Natural Sugar

Happy Sunday! I love love providing tips that will help you all reach your fitness goals! I have…
byFelicia Romero 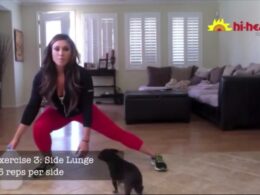 I always tell my clients….lunges are the ultimate leg sculptor. Lunges, like the name implies, involve lunging forward…
byFelicia Romero