Can you believe the P.F. Chang’s Rock ‘n’ Roll Arizona Marathon & 1/2 Marathon is less than three weeks away. Yikes! Are you feeling the pressure… to squeeze in some last-minute long runs so you’re primed for race day… or maybe you’ve decided to stop running altogether for fear of injuring yourself before the big day? If you’re anything like me, you’re not sure what to do. Rather than make a rookie mistake, I tapped the mind of Alan Culpepper, a US Olympian, multiple record holder and the Rock ‘n’ Roll’s event operations director. He’s more than “been there done that” when it comes to running and he had plenty of advice for both newbies and veterans alike so we can all run our best come race day.

Alan Culpepper’s training tips for the final weeks leading up to the event:
3 weeks and counting…
*Your last significant long run should have been done 3 weeks out. Don’t be tempted to sneak in one more very long run during the last few weeks. The cumulative fatigue will override the long-term benefit.

2 weeks and counting…
*The last two weeks should primarily be focused on getting the freshness back in your legs and allowing the training to be fully absorbed.  This does not mean to stop running or to shuffle along, but rather to keep the same number of days you were running in the program, just cut the mileage back. It’s best to cut your long run back by 40% two weeks out from the event and by 50-55% seven to eight days prior to race day.

*Pay particular attention to your hydration. It’s common to come off a training block in a state of cumulative dehydration. Add in some extra electrolytes the last few weeks. There are some great products that have electrolytes and little to no sugar.

1 week and counting…
* Don’t do anything silly the last few days.  The training is over for better or worse, so now it is time to rest the legs.

*Don’t experiment with new foods the last few days leading up to the race. Now is the time to enjoy some simple carbohydrates (pastas, breads), and stay away from that spicy Indian Restaurant you’ve been wanting to try.

*Don’t experiment with new gear, especially shoes. If you want to bust out a new pair, go with something you’ve already been wearing and do one or two runs in them to make sure they’re all set.

3 days and counting…
*Hydrate very well the last few days. Take in come extra electrolytes via a watered downed sports drink or an electrolyte product that you add to water.

*Make a plan for race morning and the race itself. Think through your parking/carpool arrangements and leave yourself extra time. 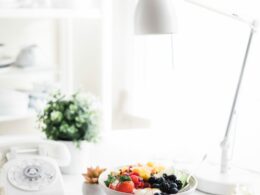 DIET -the other 4-letter word!

Summer Is Here! You are getting ready to hit the beach, go to the pool, travel outdoors, wear…
byScott Keppel 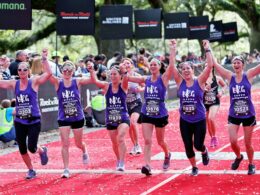 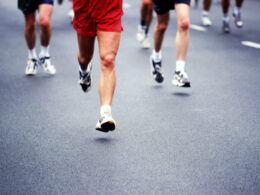 Group runs can be just the motivation you need to kick up your training – no excuses!
byAllison 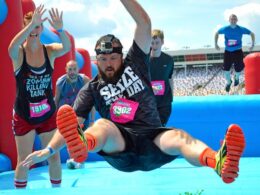 What’s On The Fall Running Calendar?

Time to register for a race – here are a few standouts, from the ridiculous to the serious
byAllison