What if you could have an intense workout that included cardio intervals, muscle strength, and mobility plus meditation and mindful movement all in one place? Look no further than with a water workout at The Village Health Clubs and Spas.

The pool can be one of the most intense places in the gym but also one of the most relaxing places for the mind and body. Did you know that water reduces gravity’s impact on the body by 90 percent and that the buoyancy/hydrostatic pressure increases circulation, reduces inflammation and decreases muscle soreness sensations during your workout and after it’s complete? No matter how fast you move in the water, there is no eccentric contraction to beat up your body. And, according to www.ScientificAmerican.com, buoyancy is dependent on density, which “is determined by an object’s mass and the amount of space it takes up”, also called volume.

Strength and speed make a great combination in the water. Because of the buoyancy benefit, movements aren’t limited as they can be on land. Explosive movements such as jumping and quick movements like football jogs can happen repeatedly in the water, resulting in extreme cardio benefits and high-power outputs without muscle soreness and pain. The water cushions the weight on joints, tendons, and ligaments with every move.

Another benefit of water workouts is building endurance under the low load while increasing motor control and reducing injuries. Water has consistent resistance so no matter the angle of the move, the training can happen beyond typical effects of cable or bodyweight. Clean coordination in the water can give one time to master the move while increasing motor control and functional range of motion. If you’re thinking to yourself that just water isn’t enough weight or resistance, many tools such as dumbbells, noodles, bands, and gloves can help increase resistance, and enhance mobility and endurance.

And finally “AquaAsana” is where the relaxation can take place. I think most of us can agree that the sound of water is relaxing. Floating is rejuvenating, and the natural compression of water helps flush our tissues. The deeper you go in the water, the greater the pressure. This causes an increase in local circulation by moving blood back up to your core resulting in improved lymphatic and promotes faster recovery.

Since our bodies are 50 to 60 percent water and close to the density of water, the buoyancy of the water around you lightens the body and creates the ability to float. This decompresses joints and promotes recovery. One example would be to do a yoga flow class in the water, you could become more aware of the grace and flow of movements with the water around you and at your fingertips.

Want a little bit of both the intense results of a workout and also the relaxing elements of yoga while enjoying the soothing water? That’s an option as well. In fact, last summer we held a special class called Yin/Yang. Mary Simmons and I team-taught an intense Taquata class for the first half and a yoga flow/stretch for the second half. It was a great example of experiencing the all-around benefits of water workouts. Members loved it and have been asking about it again! You no longer have to wonder if water workouts are for you. Come give them a try at The Village and decide for yourself! And with summer coming, there’s no better time than now to start! 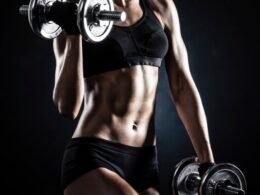 CBD, or its formal name Cannabidiol, has attracted a lot of attention lately — both good and bad.…
byVillage Health Clubs & Spas 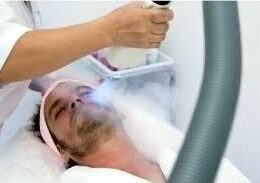 The Cryo Facial at Cerulean – A 10 minute facial

A healthy, non-invasive, and chemical free facial. has arrived in Scottsdale that everyone will love. It is fast, effective,…
byJulie Xander 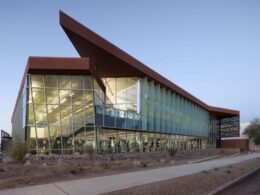 These Collage gyms and Student Rec Centers will more than impress with their cutting edge design and state-of-the-art equipment – and you’ll never guess who ranked No 1!
byAllison