Why Voting Yes to Cannabis Will Help States’ Pandemic-Stricken Economies

The presidential race is not the only election in 2020 that is pivotal to our economic future. After an unprecedented $10.9 billion in worldwide sales generated in 2018, legal cannabis sales are projected to hit between $50 billion and $200 billion by 2030. U.S. medical and recreational cannabis sales will exceed $15 billion this year, a 40 percent jump from 2019, and estimates project it to reach $37 billion by 2024.

Millions of Americans have already embraced the potential upside of cannabis. Thirty-five states now allow either recreational or medicinal marijuana, including 11 recreationally. Individual states have expressed their intentions to support legalization.

Five states—Arizona, New Jersey, South Dakota, Mississippi, and Montana—all have measures to legalize cannabis on their ballots. These votes will determine the financial futures of these states, as they struggle to navigate a pandemic-stricken economy.

Proposition 207, allowing the recreational use of marijuana in Arizona, now has passed as of last night. This editorial is now even more prevalent on how the legalization of cannabis will only benefit Arizona’s economic and sociocultural issues in the new pandemic-stricken United States.

State Revenues Have Plummeted and Are Now in Dire Need

It’s no secret that the pandemic has plunged America into a historic economic decline. Tens of millions have lost their jobs. Thousands of bankruptcies have been filed. And at the state level, the recession is creating unprecedented budget deficits.

New Jersey Gov. Phil Murphy was recently compelled to borrow money in order to shore up his state’s $9.9 billion gap. Even with that bill, these budget shortfalls will eventually force politicians to make tough decisions and ultimately threaten to reduce essential services including education, health care, public safety and transportation.

In this new world where our financial health is being held hostage by the pandemic, states must take action to balance their budgets. The federal government is unlikely to fill the gap, no matter who wins in November.

With the economy not expected to fully rebound for years to come, officials need to get resourceful and creative to find revenue streams. One proven source to help alleviate the budget strain is cannabis legalization.

A Pandemic Proof Industry in 2020

The cannabis industry has also proven to be nearly recession-proof during the pandemic. Sales were deemed essential in states where it has been legalized.

In Pennsylvania, cannabis dispensaries did $385 million in business since February, more than they had during the previous two years combined. In Colorado, the cannabis industry  set a record in monthly cannabis product sales in July, $226.4 million (up 13.8 percent since June) and consumers spent more than $1.2 billion overall in 2020.

In Illinois, which legalized cannabis this year, the state set a record in.September, selling $100 million combined recreational use and medical cannabis, and surpassing the record set in August. Cannabis stores sold more than $360 million this year alone since the state began legal recreational sales in January.

Disputes at The Federal Level

Even on the federal level, which at times has been at odds with state legislatures, the House of Representatives is moving forward on cannabis reform. It has adopted provisions to protect medical legalization laws from federal interference and ease cannabis companies’ access to banking services.

President Trump has avoided the issue, but vice-presidential candidate Sen. Kamala Harris is expected to move legalization forward. In 2016, she endorsed legalization of recreational cannabis in California, in addition to supporting removal of marijuana from the Controlled Substances Act and expungement for individuals convicted of federal non-violent marijuana offenses.

Former Vice President Joe Biden has expressed approval of classifying marijuana as a Schedule II drug, which will reschedule it to carry medical value but still hold the threat of criminal penalty for use, possession, or cultivation.

What’s holding up common-sense policy and a path to easing the looming financial crisis that could benefit millions of Americans? The pharmaceutical companies. That’s what stopped the New Jersey Legislature last year and is holding up FDA approval of ingestible forms of CBD from hemp.

The pharma industry views cannabis products as competition, which would cause them to lose market share, have fewer of their products purchased, and impact their bottom line.

With increasing evidence of cannabis playing a positive role in remedies for sleeplessness, pain, anxiety and a variety of other serious medical conditions, I can understand their fear. Cannabis is increasingly being shown to be a natural solution that can replace or supplement their multibillion-dollar franchises.

History-Making on the Horizon this November

Taking action and voting this November will prove to be an indispensable tool. Once your state legalizes medical and recreational cannabis, hundreds of millions in revenue will be generated. That substantial windfall will help keep teachers employed, allow residents to receive proper medical care, and keep your communities safe with the resources they need.

Studies have shown these states experience additional advantages beyond financial gain, like a decrease in drug use by teens, an increase in consumer safety because of regulations, a reduction in law enforcement costs, and a phasing out of black-market use.

Legalizing cannabis will also have the added benefit of creating thousands of jobs. According to Leafly.com, 250,000 currently work part-time or full-time in the cannabis sector, and there’s a growing need for workers at all education levels.

Those newly employed consumers will increase their buying capacity and help local businesses. The ripple effect will be profound at a time of uncertainty and anxiety.

Lastly, legalization will advance racial justice reform at an unprecedented level. According to the American Civil Liberties Union, black individuals are nearly four times more likely to be charged with marijuana possession, even though they use the drug at comparable rates to white individuals.

About Vertical Wellness™
Vertical Wellness is a leading vertically integrated consumer-focused health and wellness brand company with innovative Hemp cannabinoid solutions. Our mission is to help people by bringing the most innovative and effective portfolio of cannabinoid (CBD and others) brands to the market.

Vertical Wellness has operations in California and Kentucky and cultivated over 1,800 acres of hemp on partner farms in 2019. The Company is one of the largest processors of Hemp globally with over 20 million lbs processed or contracted in 2020. 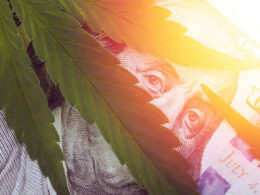 MMGY Travel Intelligence and Enlightn Strategies, conducted a survey on for individuals to use for the new world of "cannabis tourism."
byTyler Hollis 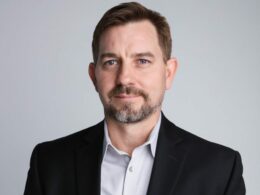 An Interview with Dr. Troutt of Harvest Health & Recreation Inc.

An interview with Dr.Troutt, the Director of Medical Education for Harvest Health Recreation Inc., on the medicinal properties of cannabis.
byTyler Hollis 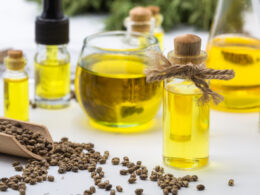 Are you looking for natural supplements and cannabidiol (CBD) products for your health and wellness? If yes, look no further than at 41Naturals!
byAZFoothills.com 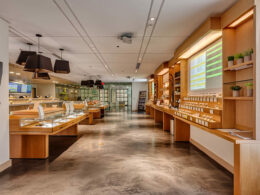