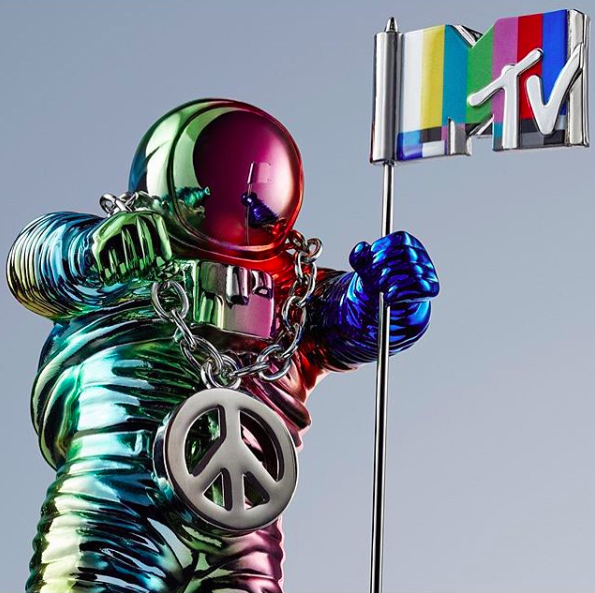 The iconic Moonman statue awarded to each VMA winner, will be receiving a colorful makeover for this year’s awards show. The new design will come from Jeremy Scott, Moschino’s Creative Director who’s known for his 90’s inspired trendy clothes seen on runways and celebrities alike. The new statue will appear to be made out of rainbow metal, wearing a peace sign necklace and holding the iconic ‘MTV’ flag. 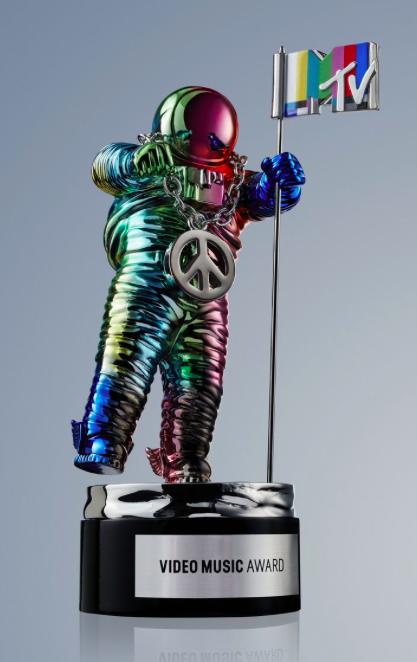 “I thought about MTV and how today we do so much digitally and the ’M’ and ’TV’ and music and television. I thought, ’Well, let’s take it back to TV—old school—and I thought about the color TV bars and the test pattern and the color on that, and that’s what I applied on top of him,” explains Jeremy in an interview with MTV. While this is only the second time ever that the statue has received a makeover, it’ll be the first time each one is hand painted, at least part of it; the color bars will each be hand painted by Jeremy himself. 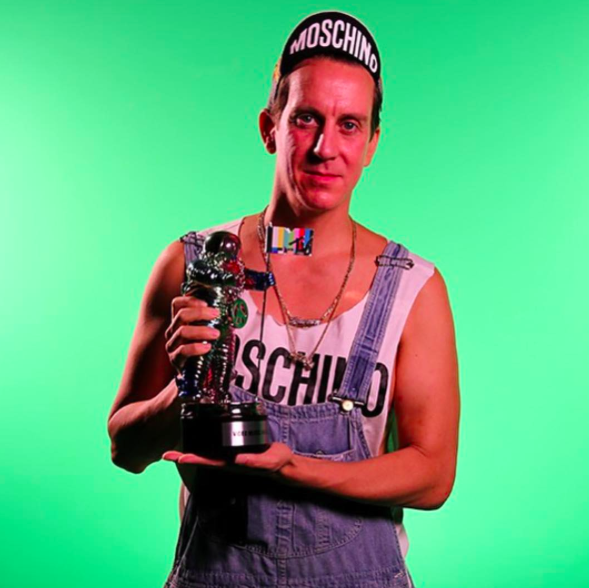 In addition to designing the new Moonman and overseeing Moschino’s funky creations, Jeremy was also the one behind Katy Perry’s outfits at last year’s Super Bowl Halftime show. He also recently won Designer of the Year, and it’s impossible to ignore the resemblance between his Spring/Summer 2014 line and the new Moonman. Take a look below at the resemblance and make sure to catch the Video Music Awards on MTV on Sunday, August 30 at 6:00pm. 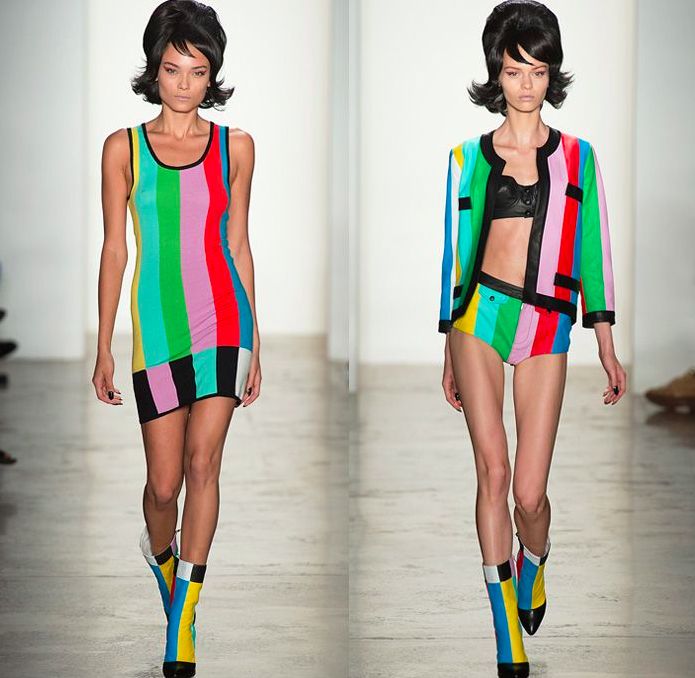