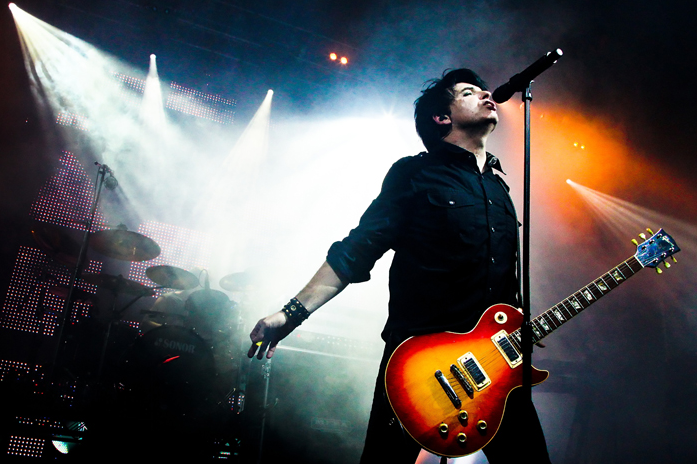 Hot artist Gary Numan is performing in the Valley on Saturday, March 8 at 6:30 p.m. at the Marquee Theater.  Gary Numan is an English singer and composer best known for his hits “Are ‘Friends’ Electric?” and “Cars”.  Numan made a large splash in the music industry in the late 1970s and 1980s.  Currently on tour for his newest album “Splinter: Songs From A Broken Mind”, Numan’s performance will leave you wanting more.  Tickets are priced at $25.  Don’t miss out on the memorable performance from this music sensation!

Check out the music video for his hit single “Cars” featured below.

AFM-What inspired you to get into the music business?

I have memories of loving music that go back to when I was four years old. I would watch bands on the TV and dream of having that life. I love the lifestyle, being in a band, touring the world, occasionally making good money (on the rare moments things go really well). As a kid looking in it all seemed very exciting and sexy.  In truth it turned out to be far more than I’d imagined, good and bad, but so far I’ve no regrets. I love to write songs and make music, always have, so there is no better business to be in.

AFM-Have you always wanted to perform?

To begin with the performing side of it was a necessary evil to build a career and try to become successful. I can’t honestly say I liked it or wanted to do it. But, as time went by, my feelings changed completely. For many years now it’s been the thing I enjoy most about being in a band. I love the travelling, living on a bus with the band, who are all good friends of mine, meeting new people every day, going to new places. Every night you are on stage playing your music to people who, mostly, seem to like it. It’s hard work but always exciting, always challenging.

I would say yes, very much so, but I’m probably way too close to it to be able to give an unbiased opinion. Even with the Splinter album I’ve seen reviews that talk about it as something quite different to what I’ve done before, but I’ve also read others that think it has a clear link to what I’ve done before. To me the music on Splinter is bigger, more complex, more powerful, more emotional and certainly better produced, thanks to Ade Fenton who produced it. It has a far greater variety of sound, far better sound design, a wider range of dynamics, so I think it’s improved somewhat over the years.

AFM-Do you write or co-write all of your own songs?

I write pretty much everything, always have. On the rare occasion, if I feel someone else contributed a part that changed the song significantly, then it will have a co-write tag. I’m not sure of the numbers exactly but I think I may have something like 350 to 400 songs out on albums and about 15 to 20 of them will be co-writes. That’s a very rough guess though.

AFM-Which songs on your newest album, “Splinter (Songs from a Broken Mind)”, are you most proud of and why?

It’s hard to pick things from Splinter as it’s one of the strongest albums I’ve ever made. But, the song Lost is the most important. Before I started making Splinter I went through several years of depression which I was on medication for. My life was slowly unraveling and my marriage to Gemma began to suffer. At one point I was close to leaving and wrote the song Lost as a way of trying to find out how I really felt about that. Sometimes, when you are arguing a lot, you lose sight of the person you love, you just focus on the latest argument. Writing Lost brought it all back, why I loved her, how amazing she was, and is, and I realized I was on the verge of making a catastrophic mistake. We fixed things very quickly after that so, in a very real way, writing that song helped save my marriage.

AFM-Out of all your hit songs, which song are you the most proud of?

That’s an easy question to answer in the US because I’ve only had one hit here, and that’s Cars. Elsewhere, in the UK especially, I’ve had many, many more. I think the one I’m most proud of would be a song called Are ‘Friends’ Electric?, which started everything for me. I’m considered these days to be a pioneer of electronic music and that was the song that started things. It was the first electronic song to go to No 1 and it helped kick start an entirely new genre of music. I’m not saying I was the first to do it, far from it, but that song took electronic music into the mainstream and that is something I’m very proud of.

AFM-For those who aren’t familiar with your music, how would you describe it?

Heavy electronic but coupled with aggressive guitar, bass and drums. It’s dark at times, angry and emotional. On rare occasions it’s almost pretty, but not for long. Soaring and atmospheric in parts, ferocious and powerful in others. It’s not very radio friendly which is a problem but, for me, that’s a sacrifice I will have to live with.

AFM-After this tour, what are your plans for the future?

I start on the next album but then we go to Australia and New Zealand at the ned of May for a few weeks and tour the Splinter album there. After that it’s playing as many summer festivals as I can get and then back to work on the new album. I really want to have that one ready to go by Spring of 2015. Apart from that I hope to work some more on a novel I’ve been working on for some time, start a book of children’s stories that I hope my wife will illustrate for me, do an update to my autobiography, finish a film score that I’ve been working on with Ade Fenton for an animated movie called From Inside and finish a collaboration track with Jean Michel Jarre.

AFM-If you could say anything to your Arizona fans, what would it be?

Thank you for being there, I am genuinely grateful. I’m really looking forward to the tour, it’s the first full US tour I’ve done for many years, and I know my visits in the past have been few and far between. Now that I live in the US I hope to fix that and put a lot more effort into touring the US and releasing albums more regularly. 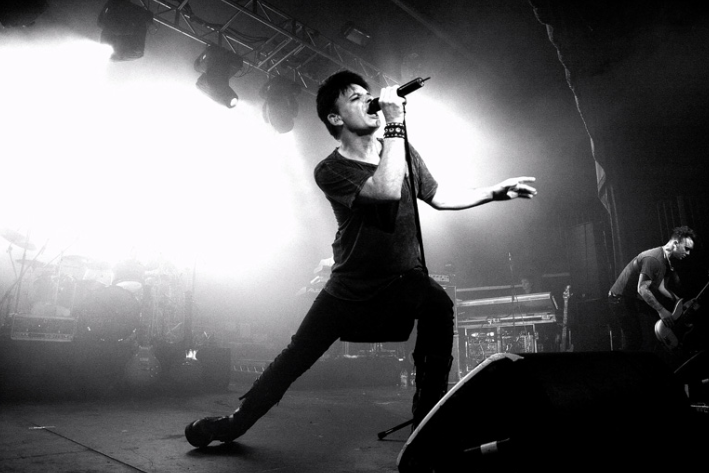