Breakthrough DJ, producer and regular 20 year-old, Pierce Fulton, took the time to interview with AFM before his show with Walden happening at El Santo Cantina on Sunday May 19. He talks music, college, PBR, his first time at a strip club and getting hit in the face with glow sticks.

AFM: So you’re playing at El Santo Cantina in Scottsdale on the 19 with Walden, are you excited? Have you guys met or played shows together before?

Fulton: Absolutely, haven’t been to Arizona in about a year and the last trip was great time. We have actually been friends via the Internet for about 2 years now but we finally met (in person) this past March when we did a few shows together in Mexico and Miami. One of the was back-to-back which was a fun time, but I’m definitely looking forward to playing with him again.

AFM: What city or event is your favorite to play at/for? What about venue? Besides everything in Scottsdale of course.

Fulton: Ah I can never say specific events, cities, or venues because there are far too many but I’d say the perfect situation is a city where the crowd is rather open, in terms of music taste, maybe a festival? There are always just great vibes at festivals where you can get away with playing whatever you want.

AFM: You get to pick any three DJs or musicians, dead or alive, to play at any venue you want. Who do you pick? Where do you play?

Fulton: I’d love to get Jim Morrison back to play one more show with the Doors, Bob Marley, and Harrison and Lennon to play with the Beatles one last time. Wouldn’t care where it was, I’d just love the chance to see those guys.

AFM: So it’s safe to say you’re still fairly new to the scene. You’ve really blown up fast! Was EDM always something you were into? When did that start?

Fulton: Ha ha, well I was first introduced to electronic music in like 2009 (yeah, I could probably be considered a bandwagoner or something) but I’ve played music my whole life. I think I was just very fascinated with how different electronic music was from anything I’d played or listened to and I thought “Hey, I’ll try this.”

AFM: Who were some of the first DJs or producers that got you hooked?

Fulton: The two main ones would be Eric Prydz and Paul Kalkbrenner. Prydz was the first DJ I’d ever seen live, I got snuck in when I was like 17, and a friend of mine showed me a movie Kalkbrenner starred in and did the soundtrack to, Berlin Calling. Both of these artists were very unique within the electronic realm so I think that really drew me toward them.

AFM: What sparked the transition from music listener to music creator?

Fulton: Well, it might sound snobby, but I don’t think I’ve ever been just a “listener”. As I mentioned, I’ve played music my whole life and when I say that I mean like I started playing the guitar when I was 4 or 5 and learned dozens of other instruments along the way. I’ve never just been content with listening to something I really enjoyed, I’ve always had to try it out myself.

AFM: Last year was a big year for you, you finished college?

Fulton: I actually didn’t graduate ha ha. I stopped after my second year so what was looking like a really proud answer is actually quite a guilty one. I really had no choice. I know people really respected me for handling so much while I was still in school but honestly I came to a point where I realized that a college degree isn’t as important as it used to be. I saw an opportunity with music and I took it.

AFM: Was there something you always wanted to study? What was plan ‘A’ before music took off?

Fulton: Well I was an Economics major but I absolutely hated it. If I had stayed in school I was actually planning on creating my own major that essentially looks at the timeline of art, music, literature etc. throughout history and how they all intertwine and influence each other. I had the idea because I took loads of art history and music history courses in both high school and college and no one had really addressed that outlook, I thought it was very interesting.

AFM: How do you think your college experience was different that non-DJ college students? Are you happy with the experience you got? Were able to do “normal” things.

Fulton: Ha ha well for one thing, I never enjoyed college much. I think it’s because I ruined it for myself by staying in at night and working. I had a very tight-knit group of friends but that was about it. I was able to do “normal” things, I just chose not to because I wanted to work on music. In hindsight, I’m happy with my experience, even though I might not have been happy at the time, because I got to where I am now.

AFM: Did your friends always want you to play at their parties?

Fulton: Ha ha yeah a few did, I think I did probably like 2 or 3 parties at my college in the 2 years I was there. I was not really looking to get involved in the scene there because a) I didn’t enjoy going out there and b) I wanted to focus on my schoolwork and my production. The few I did were for really close friends and they were just disgusting basement parties but they were a blast.

AFM: How’s the “real world” for an up and coming DJ? Is life what you expected it to be like at this point?

Fulton: Honestly, it’s a very lonely life. I knew what I was getting into but in order to really make this something special, you gotta give it your all and sometimes that requires isolation for days on end. You end up losing friendships, relationships, and so on but in the end, if it’s something you truly want, you’ll sacrifice it.

AFM: I hear you’re turning 21 soon! What are you doing to celebrate the big day?

Fulton: Yeah! Details aren’t finalized yet but I think there may be a mini-tour in the North East region, on and around my birthday.

AFM: What has it been like being underage and playing at venues that are largely 21 and up? Are you excited to legally have a beer while you play?

Fulton: Ha ha ha so excited! There’s just something so degrading about the guilt of being “that underage kid” all of the promoters and event people have to deal with. I just always hate feeling like a burden to others so once it’s legal to actually get weird at a party it will be much more fun.

AFM: Speaking of beer, when you turn 21, what’s your poison going to be? Are you a beer or spirits kind of guy?

AFM; You’re playing at Dada Life’s Dada Land in LA and SF, what are you expecting? Are those guys as crazy as their pictures and videos make them out to be? They seem like a riot to be around.

Fulton: I’m expecting lots of bananas and champagne, as usual, and yeah they are quite crazy on stage. It’s funny because in the videos you see them expressing their craziness but when you’re around them they’re quite collected, but you can still tell that there’s all sorts of goofiness going on in their heads.

AFM: Tell us a PG-13 story from touring.

Fulton: Ha ha, well when I was on the Love & War tour with Wolfgang Gartner and Popeska, I went to my first strip club. We were in Seattle and the place was directly across the street from the venue. It was just me and the whole crew from the bus (lighting/video/merch) and they took full advantage of expressing that it was my first time. It was just completely ridiculous.

AFM: What’s the craziest thing a girl has ever done to get your attention or try to get back stage?

Fulton: One time I kept getting hit in the head with glowsticks and after I got off stage I checked twitter and this girl was tweeting at me while I had been playing that she was throwing glowsticks at me to get my attention. I thought someone just really didn’t like my set haha.

AFM: Did it work?

AFM: Congrats on the success of “Wanna Be.” What can people look forward to in 2013?

Fulton: I’m trying to release as much as I can! It’s a bummer because I have so much already finished and so much in the works but only a very select few actually see the light of day. It’s just gotten to the point where I really have to focus on the best of the batch rather than all of them as a whole.

AFM: Got any studio time planned for the year? Will we be hearing an album from you any time soon?

Fulton: I’m in the studio every day! And by studio I mean my extra room in my apartment with all my junk. As for an album, I wish but probably not, at least not from the name Pierce Fulton.

AFM: Use three words to describe the style of your music. 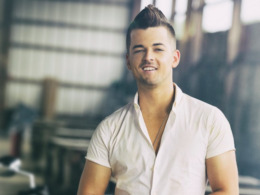 Chase Bryant: An Interview on His Country Thunder Debut

April brings with it the four-day festival, Country Thunder which brings together a slew of artists, both established,…
bySuzanne Koch 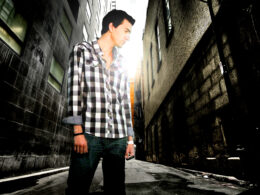 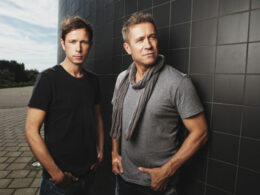 Coming off of an amazing Australian Tour, Claus Terhoeven and Stefan ‘Bossi’ Bossems, better known as Cosmic Gate, hit Miami like a…
byDaniel 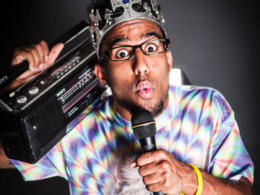