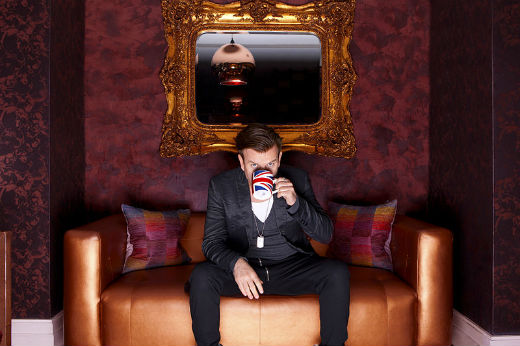 DJ, producer and music industry vet, Paul Oakenfold, took the time to talk with AFM about playing in Scottsdale, his fourth-coming album and his experiences at the forefront of the electronic music movement.

Paul: I’m good how you doing?

AFM: I’m good! Thank you for taking time to do this interview. So you’re playing in Arizona on May 24th for Memorial Day weekend, what can fans expect? What’s going to be different than other shows you’ve played?

Paul: I really enjoy coming down there (Phoenix) I have been for many years and the crowd is wonderful. So it’s always been on my radar. i’ll be playing a lot of new music. I’ll be playing  some big tracks people are familiar, but my own niches of them, and I’ll be playing some new material from my fourth coming album called, Pop Killer.

AFM: Awesome! What are some things you look forward to about visiting Arizona?

Paul: Well first of all it’s got a good crowd that’s up for it, and they have been for a long time. It’s one of the first places on my many US tours back in the day that I would always go to and want to come back to. It just seems that the crowd there are very understanding when it comes to electronic music and really enjoy it. Second of all, over the years I’ve ended up having some good friends there so it gives me an opportunity to both come and enjoy myself, play at some good clubs, meet new people, but also hang out with some older friends.

AFM: Do you guys have any places you like to grab a bite to eat at? Or hang out at before a show?

Paul: I do like to go to Sushi Roku, it’s one of my favorites. But I also like to try out new places, so, for instance if someone was to say “Oh you’ve gotta check this place out, ” Id be like yea, why not? It’s all about looking for different places as well as going to the same, regular places that you’ve been to.

AFM: Totally, so I was reading up on your history a bit, you’ve obviously been a huge influence on electronic music for so long, but what a lot of people don’t know is that you got your start doing A&R  in hip-hop. What’s that story?

Paul: Well I was working for a record label with Run DMC , I was working with Def Jam and Public Enemy and Beastie Boys so I was very much in the mix in the early days in the hip-hop vibe and I really liked it.

AFM: What was it like being at the forefront of two major music movements? Hip-hop then later electronic music?

Paul: It was certainly different. It was a lot more underground and it was a lot more exciting. Electronic music is obviously now a lot more mainstream, but that doesn’t necessarily make it less exciting.  I think it’s exciting because mainstream has finally jumped on to it. But it’s certainly different. It’s not as creative as it used to be in terms of a lot of people are making music with one kind of sound because their looking for charts and in essence to make money. Before there was no money so it was a lot more creative and really doing what you wanted to do as the artist. 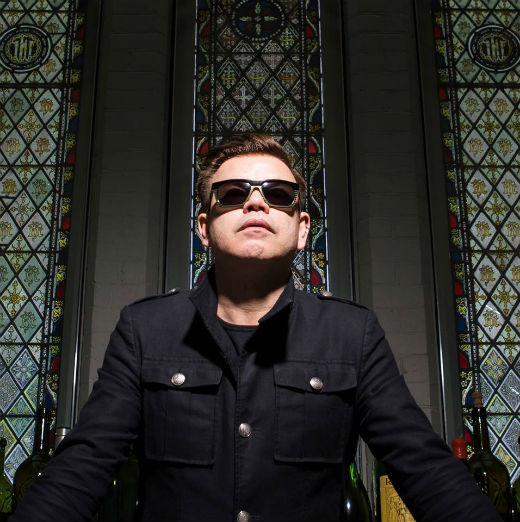 AFM: Your music style has evolved over the years, how would you describe it?

Paul: My sound is very melodic, rather it’s techno, trance, house – as long as it’s got emotion to it and it’s got a really melodic feel. That’s kind of where I’m at really.

AFM: When was the turning point for you? When did you see this as something you could make a career out of?

Paul: I think when I was asked to work for U2 and I was on their world tour. It was a really big idea for me. So I really kind of stepped up my game in terms of wanting to be more professional and understanding really how it works. That was a big moment for me.

AFM: You make a lot of music for film and TV. Do you approach that differently than when you make music you are going to play for a live crowd?

Paul: Not really, it’s pretty much the same. I mean I approach it in the same way. In terms of film you’re always looking to create something that connects to the picture, that’s what it’s all about.What ever the theme is, that determines musically what you write. When you’re doing your own record it’s a blank piece of canvas and you literally can do what you want to do.

AFM: Would you say that you’re more of an artis? Inspired by feelings and experimentation with music or are you more of a sound engineer who applies logic?

Paul: I make music much more from an artist point of view.

AFM: So you work with a lot of of different types of artists, huge artists,  what are some of the most memorable collaborations you’ve had?

Paul: U2 and Madonna.

AFM: I was watching your interview with Rolling Stone and you said something about collaborating with Hunter S. Thompson,  what were you guys doing? What was that like?

Paul: We were just hanging out in the studio coming up with an idea for a song for my first album.

AFM: You have your fourth-coming album coming up. What can fans expect from that?

Paul: It’s nothing that different from my last two, the difference is that pop music has become house music. So my album will feel a lot more commercial. But in terms of my last two albums, I sold over a million records,  I had guest singers, songs and cutting edge beats and that’s exactly what the formula is again.  I’m not really doing anything different, it just seems like everything else as caught up.