This week’s round-up of what you might have missed in EDM.

It’s no secret that collaborators like Pharrell and Nile Rodgers brought a special inspiration to Daft Punk’s Random Access Memories, but what about the pizza guy? Funny or Die released a video this week that tells the story of the pizza guy behind the French duo’s success.

The king and queen of the Netherlands at an Armin Van Buuren show.

Beatport reported that the king and queen of the Netherlands were guests at Armin Van Buuren’s Tuesday night show as part of Citymoves Queensday in Leiden, Netherlands.

Reports that 33 Scripps Ranch High School students were suspended this week for a YouTube video of them twerking made its way to Mix Mag on Friday.

The suspension jeopardizes the students being allowed to attend prom and graduation. Read the whole story at Mixmag.com.

The Wall Street Journal reported Thursday that Live Nation expects to close a deal that will give them a 50% stake in Insomniac Events, worth $50 million. Multiple bidders like SFX and Robert Sillerman have competed for the stake over the past year. Read the full story on the Wall Street Journal’s website. 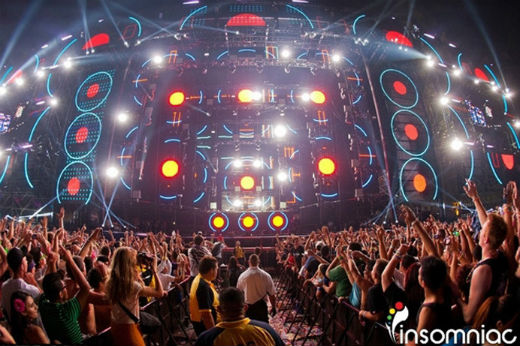 As of today new music by Daft Punk, Mark Knight and Fedde Le Grand take the top three spots on the Beatport charts.