The fall 2016 couture shows brought an air of fantasy, glamour and hope as designers drew inspiration from both the past and looked forward to the future. Here are the top moments that defined this magical Couture season.

Leave it to Fendi to know how to put on a show. The Italian fashion house celebrated its 90th birthday by staging its “Haute Fourrure” show at the Trevi Fountain, where models like Kendall Jenner and Bella Hadid seemed to walk on water down a clear runway built into the historic fountain, whose recent renovation Fendi helped fund.

Domenico Dolce and Stefano Gabbana took the brand’s Alta Moda collection back to its roots in historic Naples. The designers honored Italian screen siren Sophia Loren down the streets of the Quartieri Spagnoli as the feminine clothes, richly embroidered and garishly sequined, echoed Loren’s movie roles throughout the years.

After a spectacular 4-year, $200 million renovation, the storied @ritzparis is reopening. Click the link in our bio to see more from inside with @messbrewster and #noemieschmidt. Photographed by @mikaeljansson, styled by @phyllis_posnick, Vogue, July 2016.

Just in time for Couture week, Paris’s famed Ritz Hotel re-opened after four years of intenstive renovation and construction. The storied hotel was the spot to be and be seen where jewelers presented their collections and editors mixed and mingled at Bar Hemingway.

In place of a traditional runway show, Miu Miu opted to showcase its collection by throwing a party in the old gentlemen’s club at the Hôtel de la Païva, where models worked the room to a guest D.J. set from Kate Moss.

5. Behind the Scenes at Chanel’s Atelier

So often do we just see the beautiful clothes that go down the runway that it’s sometimes hard to forget that Couture is a handcrafted art. For Chanel’s fall 2016 couture show, Karl Lagerfeld transformed the runway into a living and working atelier, where the house’s own seamstresses worked amid bolts of fabric and mannequins as models walked by in their stunning creations. 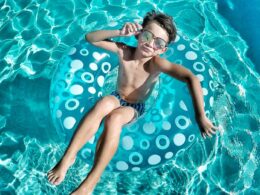 In Arizona, summer and back-to-school collide come August. Kids across the Valley will find themselves in frigid classrooms during the…
byChristina Silvestri 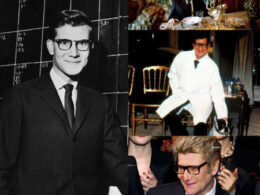 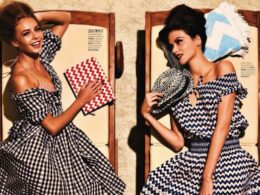 Hit the beach in style this summer with these great fashion reads.
byChristina Silvestri 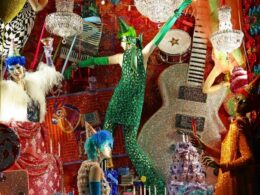