Check out some of the best spring 2014 accessories from the Paris, Milan, London and New York collections.

For Chanel’s spring 2014 show art in general was the theme. Karl Lagerfeld transformed the Grand Palais in Paris into an art gallery of paintings and sculpture where models strutted down the runway to Jay-Z’s “Picasso.”

Shoe designer Francesco Russo returned to the fashion scene with his own shoe line after departing as creative director from Sergio Rossi. Russo has since been tapped by Christian Dior.

The Italian shoe design duo of Alberto & Amadeo Moretti is known for their shoes of walking art.

Tod’s spring collection was all about understated sex appeal.

Erdem stepped out of its comfort zone for spring, inspired by “rebels and jocks and nerds and boys who put their mothers’ couture dresses over their school shirts,” as designer Erdem Moralioglu told Style.com.

Henry Holland of House of Holland was inspired by the film Romeo + Juliet, reviving the romance of the ’90s.

Diane von Furstenberg lived up to the show’s name, “Oasis,”  with bright-hued accessories reminiscent of a tropical escape.

Marchesa is known for its evening wear and accessories. Designer Georgina Chapman definitely did not skip a beat for spring with a lineup of breathtaking accessories featuring ornate floral embroidery and Chantilly laces. 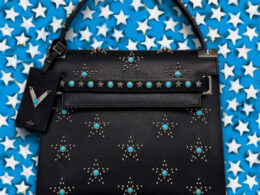 Valentino has designed a fun capsule collection inspired by Wonder Woman. Filled with lots of stars studded and…
byChristina Silvestri 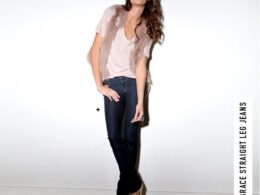 After a Halloween weekend of candy gluttony I am thankful this morning for my stretch denim. Nothing is…
bydiane 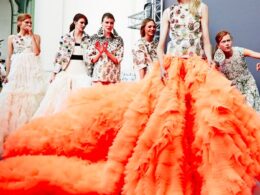 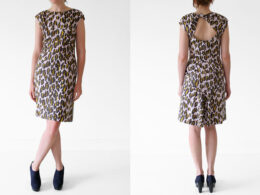