Twitter feeds were laden with #VSFashionShow tweets last night as the Victoria’s Secret models worked their way down the runway. Lingerie, gorgeous ladies, couture costumes, and exciting musical performances make the annual VS show a must-watch. Though the show tends to get an equal amount of criticism as it does praise, I personally think it provides a fun and entertaining little break from the uber serious high-fashion shows of Fashion Week (that we love oh so much). I don’t think the folks at Victoria’s Secret are taking themselves too seriously as models dawn huge oversized beach hats, pom poms, and sparkly panties with LOVE emblazoned on the cheeks.

The show, which Mr. Sussman, Executive Vice President of Specials, Music and Live Events for CBS Entertainment, said attracts twice as many women as men in the 18-34 age group, has become Victoria’s Secret’s biggest marketing event. “It has to appeal to women. If it’s insulting to women, they wont watch it on TV. And VS doesn’t want to alienate its customers,” he said. “For us to make the frat-house version of this show would be deadly.” via wsj.com

Okay, on to the show. I absolutely loved the Circus opening, Adriana looked smoking in high-waisted bottoms and matching bra… and can I pick up that coat at my nearest VS?

Alessandra (my favorite Angel) donned a gorgeous bejeweled corset with killer shoulders and no doubt the best tan of the night. I mean did she really have a baby?

The Calendar Girls section was another favorite with fun and sassy looks for each month. There is no doubt that the oversized beach hat stole the show though… perhaps VS has started the next biggest trend.

The PINK part of the evening is perhaps at the top of the list for the younger crowd (just visit the walkways of any university and you’ll see what I mean) with spunky models donning cheeky panties, colorful hoodies, and cat suits.

The show closed out with Angels In Bloom, which included pretty lace, oversized flowers, and this year’s $2.5 Million Fantasy Bra worn by Alessandra.

Part of what makes the VS show a true extravaganza is the mega musical talent that rocks the runway alongside the models. This year’s guests were Rihanna, Bruno Mars, and Justin Bieber. For the most part I enjoyed the performances, but I think VS took a misstep when including Bieber this year. The show is directed toward a mature audience (at least I really hope so!) and his presence seemed a bit out of place—no tweens screaming “Marry me Justin!”

What was your favorite part of this year’s VS Fashion Show? 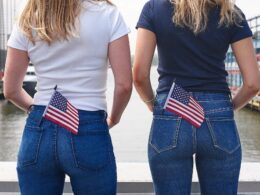 NYDJ is slated to open its first store in Arizona at Scottsdale Fashion Square on Aug. 6. The…
byChristina Silvestri 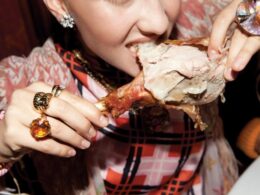 From Family Dinner to Meeting the Parents, Here’s What to Wear for Thanksgiving

Whether you’re having Thanksgiving dinner with the family at home, Friendsgiving or meeting the parents, we’ve got the…
byChristina Silvestri 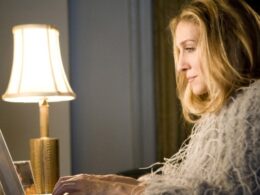 You can tell a lot about someone’s personality from what she wears. Whether you’re all about comfort or…
byChristina Silvestri 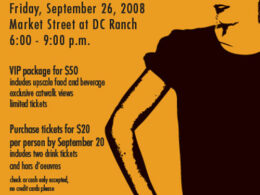 The weather’s finally cooling down (at least by nighttime that is) and so the fall fashion shows begin!…
byMarlene