Over the weekend I took a little time to relax and enjoy a few hours of pure indulgence and laziness in the form of the Bravo show The Fashion Show: Ultimate Collection. Of course Isaac Mizrahi is back as he was in the first season of the Fashion Show but this time he is joined by the incomparable icon Iman.

I have to say as a young girl I thought Iman was amazingly gorgeous to look at, but every time she was interviewed on TV or in a magazine I just thought her ego was unbelievable and a turn off…. As I got older I began to have a new appreciation for her and her outspoken and direct opinions. All delivered of course through that deep, breathy and unmistakable voice. I mean really who can resist her… that long giraffe neck, the perfect almond shaped eyes, and that diva persona -not to mention the fact that she married David Bowie one of the most talented and coolest guys on the planet… which just gives her extra points on the envy-her meter.

So the show itself is just what you would expect, two teams form fashion houses and each week every member creates a collection comprised of their individual garments.

As with all Project Runway-esque type shows this one has it’s fair share of hubris, arguing and show boating…. But what makes it crazy good reality tv watching is the combo of Iman’s dramatic and snappy, tongue- twisting critiques blended with the ever semi-neurotic pseudo- intellectual musings by Isaac. I could watch those two every single day of the week. Each week they are joined by Laura Brown Special Features Director for Harper’s Bazaar who in her delightful English accent has a way of dolling out backhanded compliments that fill me with delight. And of course there is always a celebrity judge mixed in like Dita Von Tease and fab fashion photographer Doug Friedman.

Of course the cast of characters is just as colorful as expected including the sharp and sizemic rantings of Calvin, the sweet and humble Eduardo with the industrial engineering background and Caesar the industry veteran who tends to be the calming and mentoring force of the bunch…. I of course can’t leave off dear Jeffrey the Prince/ Little Richard hybrid with the uber friendly personality who can’t stop smiling. Right now my bucks are on Eduardo to make it to the end So, now, fill me in, I want to hear, if you watch the show and who your favorites are!
Photos Courtesy Bravo Tv 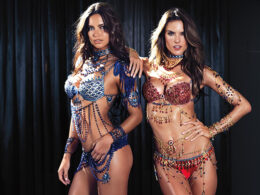 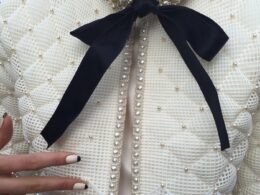 Chanel Resort Goes to the Casino for Fall 2015

A Chanel show is always a surprise. Not just for the amazing clothes and accessories, but the venue…
byChristina Silvestri 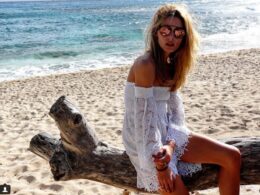 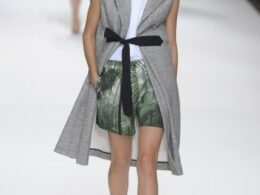 With the exception of a few, it seems that designers have found a wealth of inspiration from the…
bydiane