As New York Fashion Week rolls on the themes of fall are slowly revealing themselves. Thus far I am wondering is it just me or did half of the designers start listening to their Nirvana records and dig out copies of Edward Scissorhands during their sketching sessions? Several shows that I’ve spied hark back to the early nineties and the days of Johnny and Winona. Or Johnny with Kate Moss…the early days.

At Altuzarra the ease of the early days of Seattle grunge were definitely in play, with souped up and sophisticated details. Loose fitting tee’s in argyle, patchworks and plaids along with patterned pullovers, tweed jackets and printed jeans. There was also a bevy of outerwear featuring amped up parkas with cozy hoods and plush furs. Underneath there were sheer tops, dresses and slit skirts. Overall it was a gorgeous mix of edgy, cool and wearable pieces. 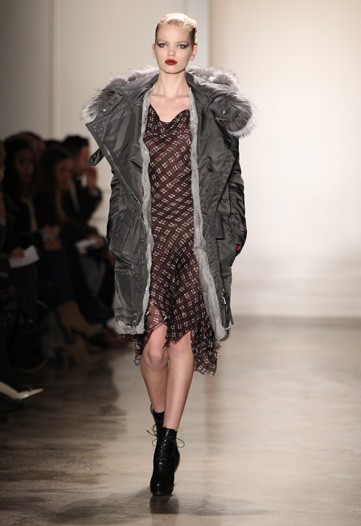 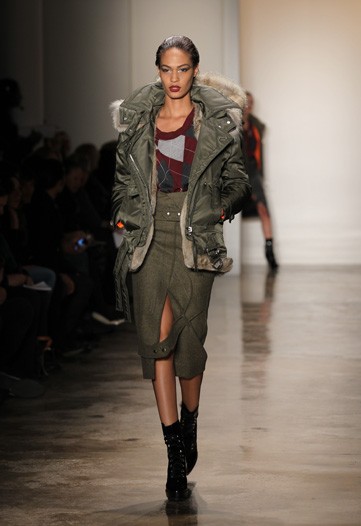 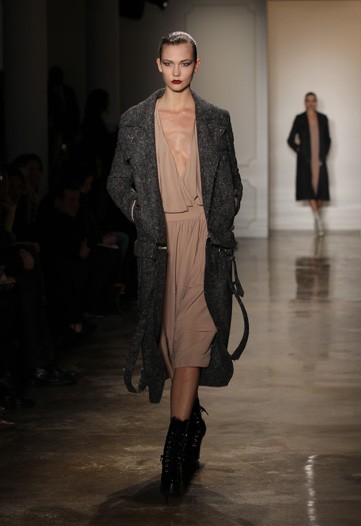 Alexander Wang took sportwear to a luxurious and urban state of being this season. The collection consisted of the usual creativity that AW always exhibits including deconstructed tuxedo pants that hinted of track pants when unzipped from the bottom and parka/ motorcycle jacket hybrids that looked sumptuous and hip like something a soho snowbunny might wear. There were bib blouses, smock dresses, fur blazers and of course the coveted finale gowns in silky fabrics some with carwash like strips that accented the legs in a big way. There were even oversized sunglasses with headbands to match for the jet set crowd. I always feel like Wang designs for the super cool downtown editors and twenty year old models… but none the less I can’t wait to nab a few of these pieces for myself come fall. 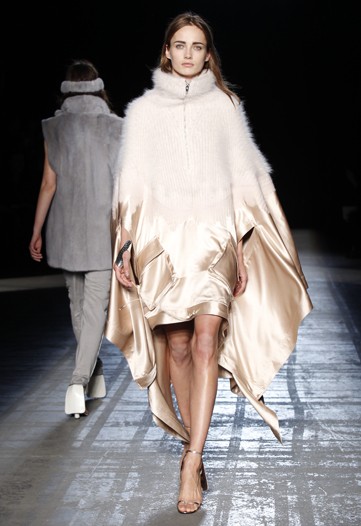 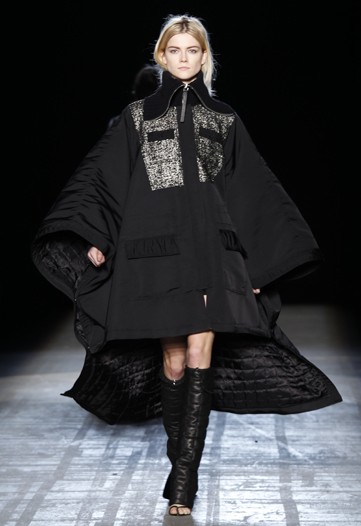 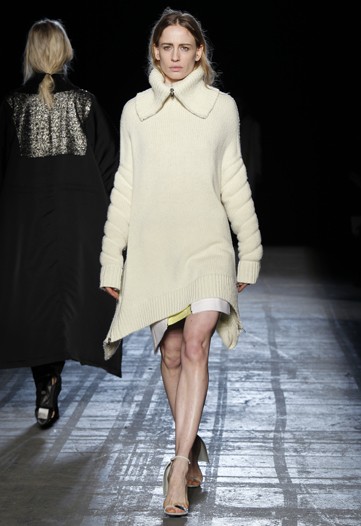 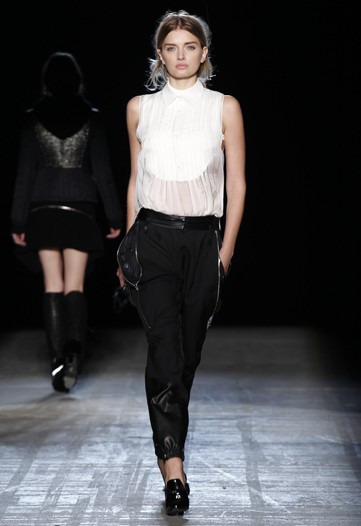 After seeing his collection up close and personal last season I couldn’t wait to see what 2010 CFDA runner up Prabal Gurung had in store for fall. Of course he didn’t disappoint. In case it wasn’t obvious Mr Gurung has moved to the top of the list of favorites for me, right up there with Ralph Rucci. The attention to detail is beyond the norm with Prabal and the added touches of luxury were delightfully sprinkled everywhere. Though the palette was heavy with black and white there were pops of peony, honeysuckle and vermillion that furthered the ladylike feeling. Jackets and coats in flouncy fur and curve hugging dresses in silks and knits all proved to be as expected -tailored perfectly with every bit as much effort as a couturier. 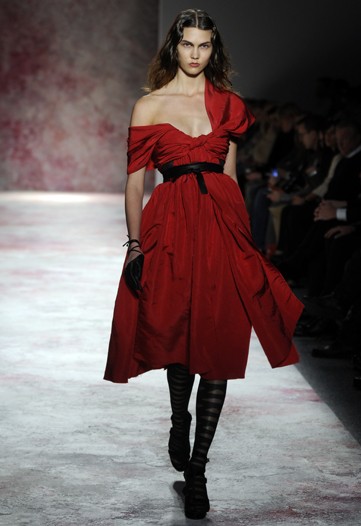 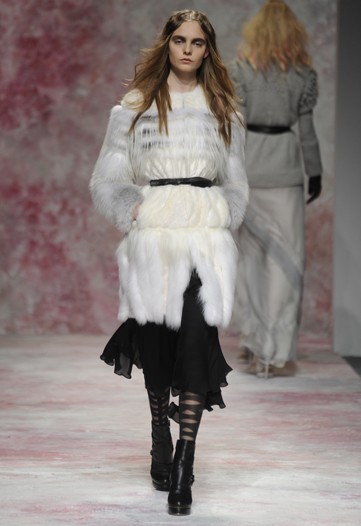 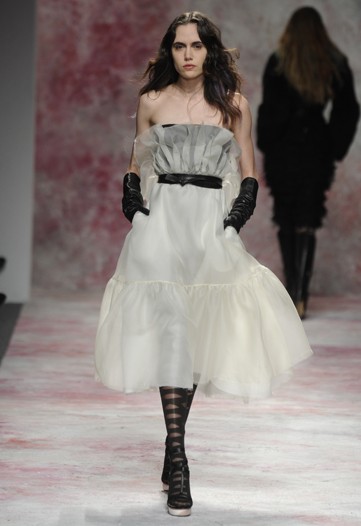 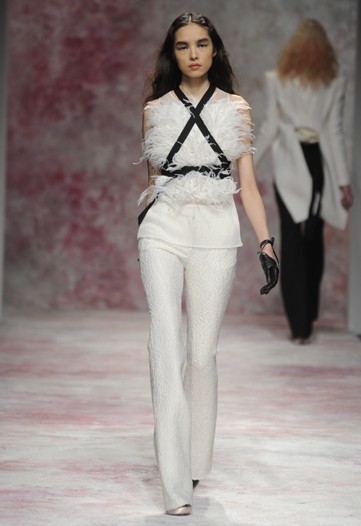