Beyonce and Jay Z kicked off their “On the Run” tour Wednesday night in Miami.

Though the couple performed an amazing set of 42 songs from both of their solo careers and collaborations, it was Bey’s wardrobe that stole center stage. 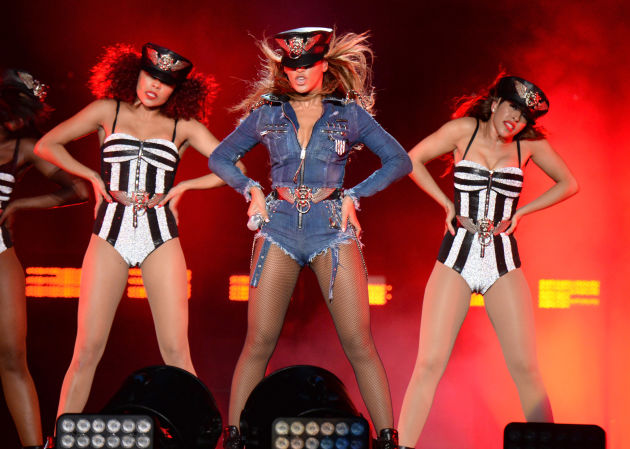 The show commenced with Beyonce in a custom Versace bodysuit that featured a plunging neckline with zipper detailing and black netting. She also donned a delicate Versace net headpiece that covered her entire head to match. 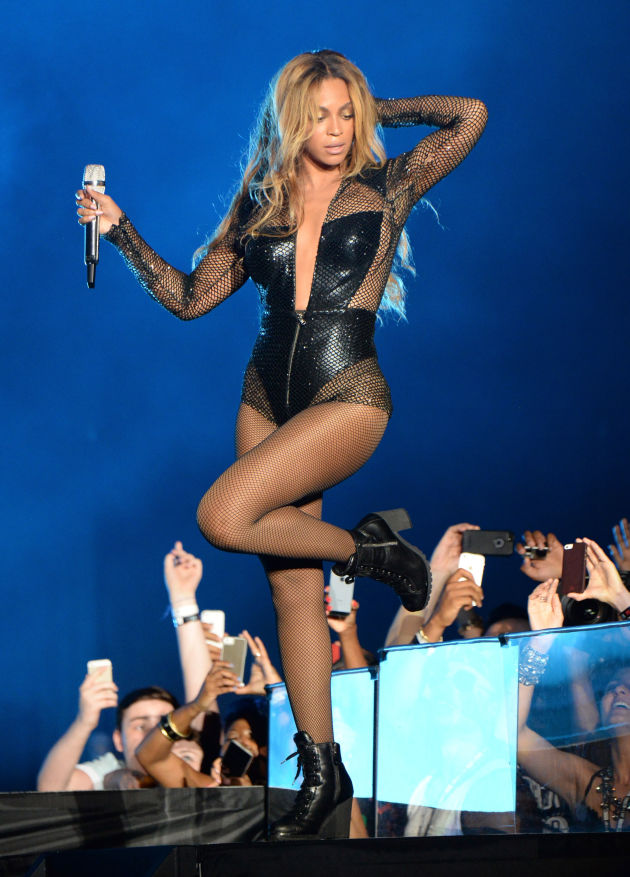 Another Versace bodysuit made a second appearance later on in the show, which displayed a loud mixed pattern of leopard print and Medusa heads from the designer’s prefill 2014 collection.

For the rest of the show, Beyonce consistently changed among a lineup of leotards and catsuits made up of lots of leather and studs. There was a custom “bondage body suit” designed by Alexander Wang and several looks by Diesel’s Nicola Formichetti, who previously outfitted Lady Gaga on tour. 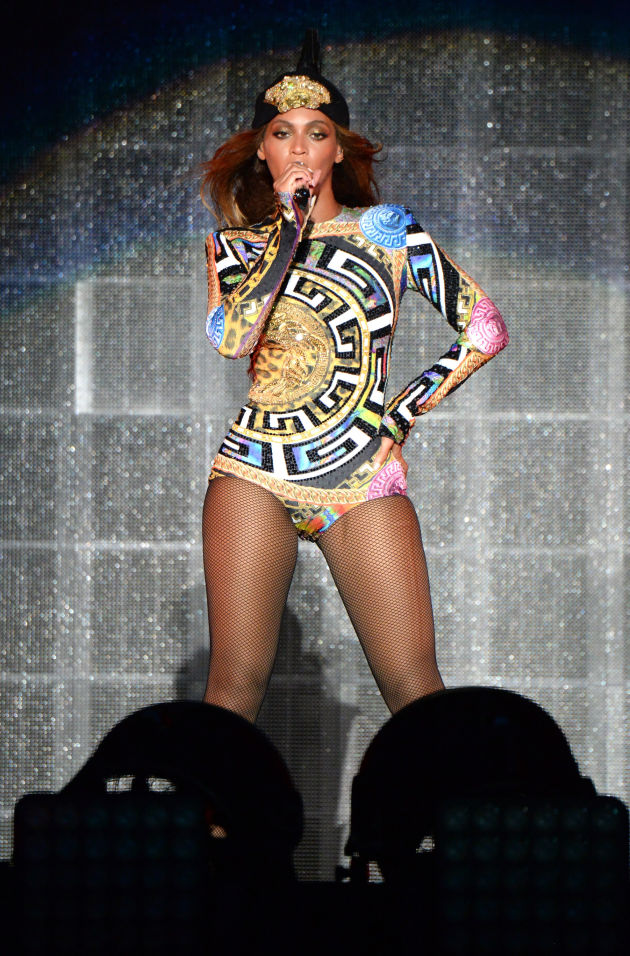 However, it was a thong leotard that seemed to support Bey’s bare bum in a kind of cage-like cutout that shocked the most. Now that’s some body confidence.