Most Likely to Succeed

This past week marked the 6th season for Phoenix Fashion Week’s annual Emerging Designer Announcement, but that is only the beginning for the 14 designers. Those that made the cut will go through a rigorous Boot Camp led by PHXFW that teaches them the ABC’s of running a successful brand from not only the font end, but the back end as well.

The Emerging Designer Announcement featured one look from each designer, on models hand selected by both PHXFW and the brand. The designer’s were then introduced via a panel style format where the they each run down the gamut about their Who, What, When and Where. The attending audience was asked to vote about several categories including who is most likely to succeed? and, Who would you buy right now?  I personally had to change my answer several times when it came to the lesser categories but there was one design that had already won my heart backstage for the long haul.

Hues of Ego stood out for her impeccable ability to take a staple such as a tailored coat (in a pleasing neutral no less) and make it magnificent! It was only the design I photographed backstage, and is absolutely stunning in it’s simplicity. It was not surprising at all to hear that the designer Natasha Duran-Lynch, had a background in architecture. Her attention to detail and clean lines are all over this jacket and I absolutely LOVE IT!!! The woman the dresses knows no age, but is confidant in her clothing selections and in life.

Make sure to check out all 14 designers on Phoenix Fashion Week’s page  and pick your own favorites. The models hit the runway in October as designers seek out to become the next Designer of the Year, I look forward to seeing how each designers complete collection look in the end!

Photos and blog by Chic & Disheveled 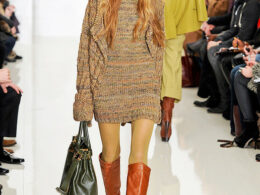 New York Fashion Week is over, but before you get too sad just remember there is still the…
bydiane 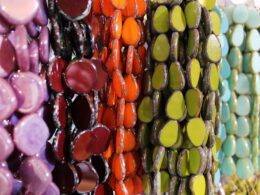 Fall Tucson Gem Shows Are Back at Casino Del Sol

The Fall Shows have returned! Four days of shopping, workshops and fun at the Casino Del Sol.
byTyler Hollis 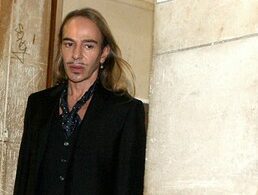 John Galliano Gets His Day In Court 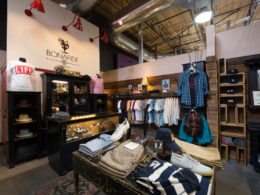 Men’s fashion boutique, The Clotherie, has incorporated its sister shop, Bonafide Goods, to offer an even greater variety…
byChristina Silvestri