Is American Apparel in trouble?

I don’t know what it is, perhaps I am feeling old and cranky, perhaps I am feeling scorn by the ageist retailers that I used to love to frequent. Generally I am not one to follow any strenuous fashion rules and I don’t stick to certain stores, instead I am more of an explorer, if something in the window looks good I will venture inside. But when it comes to simple basics I definitely have my favorites and American Apparel used to be one of them. When the first stores opened in 2003 I was more than impressed by owner and CEO Dov Charney business model to bring back manufacturing to the states. The fact that this guy was making the clothes in the heart of downtown LA and employing thousands of local workers in the area really made me want to support the cause. And the cute inexpensive t-shirts in every variety certainly were a reason to keep on buying.

But as time went on the vision seemed to narrow and the provocative photos began to grace every single part of the store…. If I didn’t know better I would think they were actually selling sex along with the garments… And the merchandise seemed to be so teen exclusive that anyone in my demographic still looking for that perfect tee and perhaps a pair of leggings was out of luck.

And so as it goes now the company is in a bit of trouble. From WWD- The cash-squeezed retailer said Tuesday that it might not be able to continue as a going concern and that, without a concession from its lender, the company would likely trip a financial covenant next month, causing a potential cascade of debt repayments.

Charney traced most of the current problems back to difficulties at the firm’s Los Angeles factory, after hiring 1600 workers not all of whom could prove their legal right to work in the U.S. and sadly after their dismissal it has been more difficult than imagined to replace them which ultimately hurt production and in turn the company could not meet consumer demands.

Sherif Mityas a partner at a retail consulting practice said. “They became who they were because they were focused, because they wanted to be this different type of brand, focused on the leading-edge, almost cutting-edge consumer. Those consumers are very finicky and not brand loyal.”

Noticeably other companies are shifting their attentions to the teen market ie: Macy’s and Madonna’s Material Girl line co designed with her daughter Lourdes.
And as of late mega brands like Banana Republic, J Crew and Gap are vying for my business hardcore with extra coupons at the end of a sale and bonus coupons sent directly to my inbox to keep me coming back for more….and you know what it works! 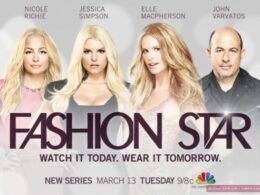 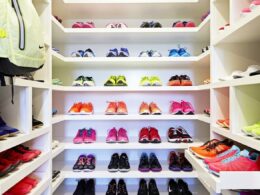 With her routine workout posts and stylish fitness clothes, Khloe Kardashian is proving to be a fitness fashionista.…
byChristina Silvestri 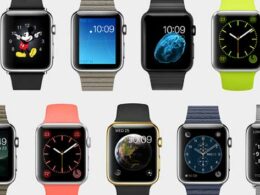 Is the Apple Watch Stylish? 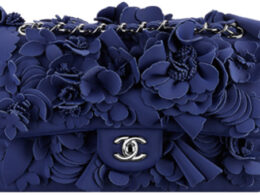 Oscar nominee Leonardo DiCaprio vs. socialite Paris Hilton. Such was the scene at the Heart Fund Gala in…
byChristina Silvestri