First off I just have to comment on the amazing lighting last night on both the Golden Globes red carpet arrival pre show and the actual awards show. Whoever was the head lighting guy should have won his own award… Did anyone else catch how smooth and pretty every single person looked?

I won’t even bother wasting time, so let’s get to the nitty gritty of it shall we? This year I thought some people played it a tad safe while others were so spot on that it will be hard for me to pick my top ten. A running theme was metallics – silver, gold and gunmetal worn by Madonna who incidentally stepped on the train of Jessica Biel’s rather ill fitting lace dress, and classic bombshell silhouettes in satin, along with modernist/architectural beaded gowns a la’ Claire Danes J Mendel dress.

Right off the bat I give major kudos to Reese Witherspoon in the killer fit -like -a – glove strapless red Zac Posen dress. Though most of the photos don’t do her justice Reese looked stunning yet relaxed with her beachy blonde locks and fresh pretty makeup… A bit of a departure from her usual updo’s.

On a similar note the ageless Elle Macpherson also wore an incredible Zac Posen dress with a fitted bodice and tulle skirting in an off white. Her cascading curls and ever- fit body were enough to make my husband sit up and take notice. Kate Beckinsale also wore a pale champagne beaded dress that looked flawless… and the makeup and hair on Kate was impeccable!

The incredibly gorgeous Charlize Theron stepped out in a show stopping pale pink Dior gown with a plunging neckline, high slit and oversized bow. The outfit was completed with a diamond headband. She definitely never disappoints. There were other actresses that tried the side bow reminiscent of early French fashion but none that wore it quite as well.

Of course Angelina looked as clean, minimal and drop-dead gorgeous as always in her silver and red Atelier Versace with a pop of red lipstick and her signature winged eyeliner.. When you are as flawless as she is…you can be as simple as you want and still leave jaws dropping…But hey she did have the best accessory ever… a longer haired Brad Pitt in a Ferragamo tux…… Did I write that out loud?

On the dark side there were just far too many favorites like Rooney Mara … who looked incredible in an edgy but chic Nina Ricci with a plunging neckline and side cut outs or Emma Stone in the most delish chiffon Lanvin creation in plum and Bordeaux with crystal details on the shoulders and waist. Or how about Salma Hayek in the gold and black beaded Gucci? Beautiful!

And I can’t forget Evan Rachel Wood in that fantastic deep green Gucci covered in paiettes and feathers… wow!

There were so many great looks…. I would love to know which ones are your favorites! 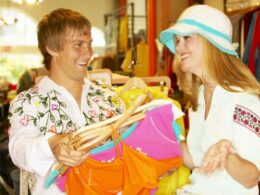 It’s hard not to jump up and down whenever I think about the new Scottsdale Fashion Square expansion.…
byMarlene 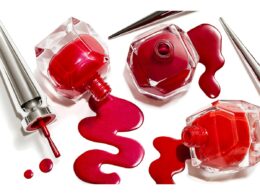 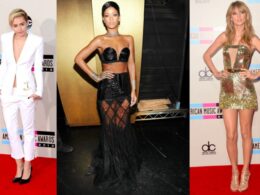 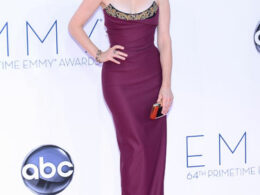