Remember how an Hermès Birkin is (supposedly) a better investment than gold or the stock market?

The infamous Birkin bag has broken another record as the most expensive resold handbag in the world. Luxury bag dealer Privé Porter has sold a rouge Braise crocodile skin Birkin with 18-karat white gold and diamond hardware for a cool $298,000 to an anonymous buyer in Los Angeles. 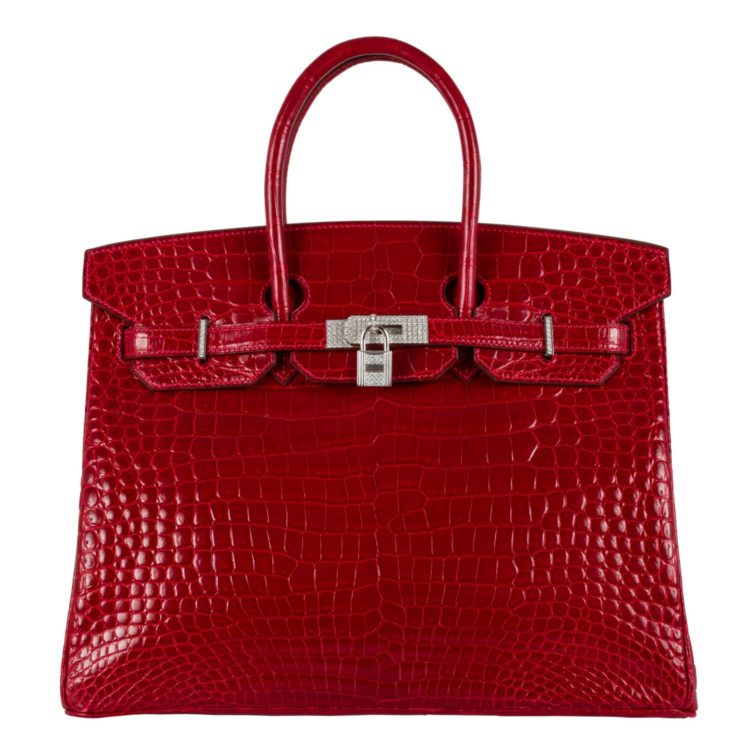 The 35-centimeter 2008 Birkin beats the previous record of a $222,000 pink crocodile Hermès Birkin bag Christie’s sold at auction just a mere 10 months prior.

According to the Wall Street Journal, the rare, fire-engine red bag was first sold to a private American collector at an Hermès store in New York City in 2008 for $160,000. Jeffrey Berk, founder of Privé Porter, then acquired the bag in May 2015, setting the sale price at $360,000. In September 2015, Berk debuted the bag at an exclusive, private event on a yacht during the Fort Lauderdale International Boat Show before the iconic bag was sold in March for its record-breaking sum.

And the rest, as they say, is history, since the bag will probably never see the light of day beyond the closet or safe of its new owner, né investor.